As the whole world today is in crisis, the government has to ensure food security for the people, says Piyush Goyal 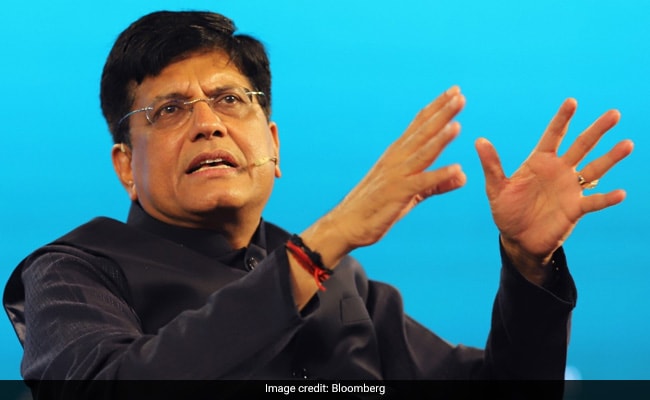 The country needs 108 million tonnes of foodgrains every year to support 80 crore poor people who get 10 kg of rice or wheat every month, under the Prime Minister Garib Kalyan Yojana, said Union Food Minister Piyush Goyal on Friday.

In an interactive session at the Federation of Telangana Chambers of Commerce and Industry, Goyal said there is a fear that production of foodgrains may drop in Uttar Pradesh and Bihar, though it is not confirmed yet due to untimely rain.

The Minister said 80 crore people were already getting food security with foodgrains (of) about 5 kg per person or 35 kg for the very poor Antyodaya families and under the Prime Minister Garib Kalyan Yojana, the quota was doubled with an additional 5 kg. "I need 40 lakh tonnes every month for additional foodgrains. We already need 50 lakh tonnes in addition to that. So that means 90 lakh tonnes of food grains every month we require. So, in a year, it becomes 108 lakh tonnes. Poor people almost get it free,” he said.

He said until last month, India encouraged export of the commodity.

But as the whole world today is in crisis, the government has to ensure food security for the people, Mr Goyal said justifying the 20 per cent levy on rice exports. According to him, prices of rice have remained stable and, therefore, the government did not stop the export of the foodgrain.

Mr Goyal, also Commerce Minister, said Indian exports clocked USD 675 billion last year for the first time ever. “Till September, we are at about 17 per cent growth for the first six months and this year, 75 years of India's independence, we are hoping to cross USD 750 billion,” he hoped.

Exports are going to define the future of India and it should be turned into a manufacturing hub, he added.

In his address, he recalled Prime Minister Narendra Modi's address to the nation from the Red Fort outlining his 'Panch Pran' (five resolves) target to make India a developed nation by 2047 when the country celebrates 100th Independence Day.

Goyal, who said education is the fulcrum of growth, urged youngsters to set and achieve targets as the world looks at India as the engine of economic growth.