The remarks came ahead of the announcement by the US of initiatives for development and economic assistance in the entire region. 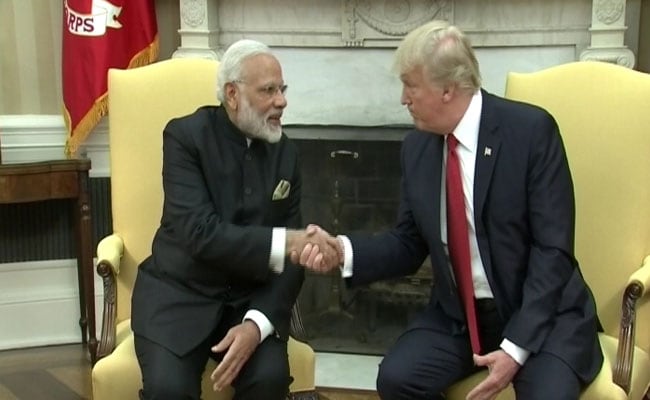 India and the US share enduring interests and values as the oldest and largest democracies, he said.

India is a key partner in America's efforts to ensure peace, stability and prosperity in the strategic Indo-Pacific region, the Trump administration has said.

The remarks by a senior US diplomat came ahead of the announcement by the US of initiatives for development and economic assistance in the entire region.

The move comes nine months after the Trump administration openly spoke against the "predatory economic policies of an Asian giant" that threatens to eat into sovereignty of countries in the Indo-Pacific region, which has now emerged as a critical engine for growth.

Brian Hook, senior policy advisor to the US Secretary of State, said the US and India are not only working bilaterally, but also cooperating with other like-minded partners, especially Japan, Australia and South Korea to advance their shared vision of the Indo Pacific.

"India is a key partner in our efforts to ensure that the entire Indo Pacific region is a region of peace, stability and growing prosperity. We work very closely with India," Mr Hook told reporters during a conference call.

"I would say last year and a half of this administration has been a great deal of focus on deepening economic, security and diplomatic ties between the United States in India. And there's so much more good work to come," Mr Hook said.

Observing that India and the US share enduring interests and values as the oldest and largest democracies, the top American diplomat said that India-US partnership is rooted in shared democratic values.

"When you look at the democracies spanning the Indo-Pacific region, from the US, India, Japan, and other very strong democracies that span the Indo Pacific, we share an interest in advancing security and prosperity in the region," Mr Hook said.