India Grapples To Find A Way Forward On Wikipedia 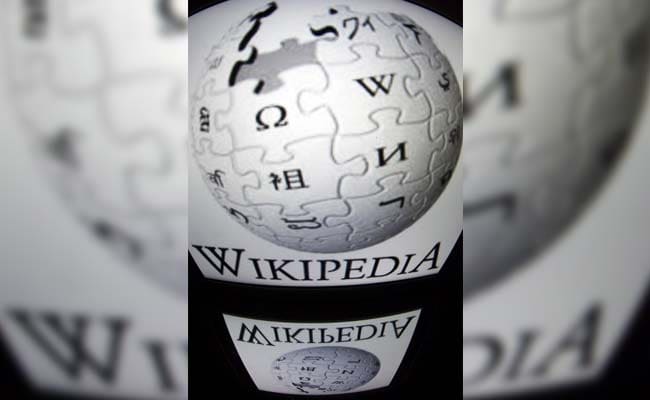 Wikipedias in 23 Indian languages in various stages, Indians contributing to the English and a handful.

Chandigarh: Fifteen years after it was born, a dozen years after it became popular and roughly a decade after it began drawing serious attention in India, campaigners building the world's most ambitious and freely sharable online Wikipedia are still wondering how to really take it forward in this part of the globe.

With Wikipedias in 23 Indian languages in various stages of take-off, Indians contributing to the English and a handful of other global wikipedias, and tech skills propelling the sixth most-popular site of the planet forward, the South Asian face of the Wikipedia is increasingly growing apparent.

India too finds the English Wikipedia, with its 5.2 million articles, an important source of information.

But life is not easy -- as it might seem from the outside -- in this supposedly self-governing wiki-world.

One session here, held at the second major meet in half a decade called Wikiconference India 2016 (the first was held in Mumbai in November 2011), focussed on 'Wither Wikimedia movement in India?'

Straddling typically Indian argumentativeness, some strong views and differences of approach, the movement clearly needs to navigate cultural and other differences.

Contrary to expectations, Indians have been quite generous with online volunteer time. Active participants, even if limited in number, have helped to build many Wikipedias, in both English and Indian languages, in India and its neighbourhood.

This is apart from their help at the technical level, which has also proved helpful to the global Wikipedia movement.

Not all language groups within India have been as successful. Some have done well while others have lagged behind.

Wikimedia India chapter President Yohann Varun Thomas told IANS: "The Bengali Wikipedia is the most active, and over 12 years old. Hindi is not active offline. Tamil and Malayalam are doing well though."

Punjabi wikipedians took it on themselves to host this year's national event - which also saw some South Asian participation from countries other than India - though they are a younger group themselves.

At least four diverse and disparate groups have been roped in to build the Wikipedia movement in India -- techies, language enthusiasts wanting to protect and support their own (and sometimes endangered) languages at any cost, Wikipedians convinced about the overall goal of building sharable knowledge, and NGOs or funded not-for-profit organisations as well. Sometimes, this can be an uneasy mix.

India alone now has 23 different regional language wikipedias. Some groups of language speakers are as big as large-sized modern European countries but otherwise fail to get the global attention deserved probably because of their lack of buying power. Self-governing wikipedia communities suit their needs, and these can also decide policies locally.

"Wikis are self-governing," Asaf Bartov of the Emerging Wikimedia Communities said here. He was referring to the nature of influential but collaboratively-build websites created more by chance than by grand design.

"However, the rest of the world is not a wiki," he added, pointing to the very real challenges faced by the movement.

In Chandigarh, and its twin city of Mohali, the tensions that surfaced included the tug-of-war between the volunteer-depending approach and an NGO-supported one. Gender divides was another issue discussed here.

Smaller languages find it hard to local volunteers who have enough of tech as well as language skills to build their communities. And just as misuse of the media can happen, here too at least one social media representative of a local college mentioned how his article on the Wikipedia was deleted on 'technical' grounds. But he was approached by someone who offered to upload it at a price.

Noted Indian ecologist, academic and writer Madhav Gadgil, also founder of the Centre for Ecological Sciences in Bengaluru, published an online article under the rhetorical title: "Why aren't Indians using Wikipedia to hold the government to account?"

Mr Gadgil argued: "Wikipedia operates on the understanding that lay people may make mistakes but these can be eliminated by ensuring open scrutiny and giving full scope for additions, deletions and corrections."

Wikipedia recognises the importance of India's growing online population to its goals of creating "a world in which every single human can share in the sum of all human knowledge".

To make the site even more effective in, and relevant to, India, it needs stronger and active participation from Indians. How exactly to get there is anybody's guess.