The Chinese Foreign Ministry spokesperson Hua Chunying said here today that the 20th round of the India-China Special Representatives border talks as well as the Russia, India and China (RIC) Foreign Ministers meeting will be held in "due course". 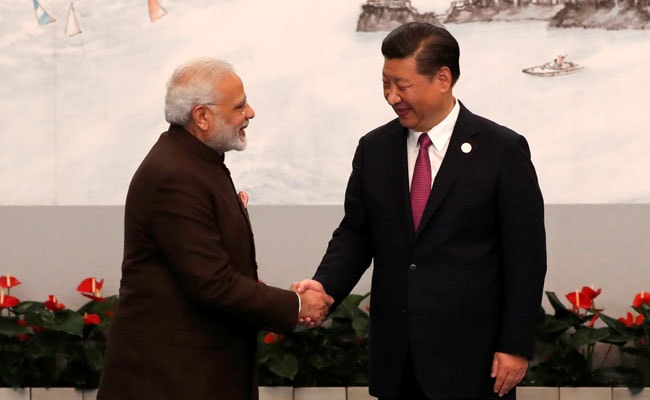 Besides Dokalam, a host of issue other differences between the two countries are to be discussed

Beijing: India and China are expected to hold the next round of talks on border issues as well as on other bilateral topics next month, the first between the two countries after Chinese President Xi Jinping began his second term as the chief of the ruling Communist party.

The Chinese Foreign Ministry spokesperson Hua Chunying said today that the 20th round of the India-China Special Representatives border talks as well as the Russia, India and China (RIC) Foreign Ministers meeting will be held in "due course".

She declined to give a schedule of both the meetings.

Officials, however, say both the border talks and the RIC meeting were expected to be held next month in New Delhi.

The 20th round of border talks will be the first after the recent 73-day long Dokalam standoff between the two countries.

The border talks will be held between National Security Advisor Ajit Doval and China's State Councillor Yang Jiechi, who are the designated Special Representatives.

The two high-ranking officials also has the mandate to hold talks covering all the issues concerning the bilateral relations.

Yang Jiechi, who currently holds the rank of the state councillor which is few notches higher than the foreign minister, has now been elected to the powerful 25-member Politburo of the ruling Communist Party of China at its recent once-in-a-five-year Congress.

He is formally expected to relinquish his current post after March next year. Foreign Minister, Wang Yi is largely tipped to take over as the state councillor.

Hua Chunying, however, said Yang Jiechi continues to be the Special Representative for the India-China boundary talks.

"I have not heard about any changes in the Special Representative on the Chinese side," she said.

Both the Chinese and Indian leaders attach great importance to the boundary issue and we have made efforts for many years to resolve this issue, she said.

"In the previous meeting the Special Representatives had exchanged views and made positive progress. Now this mechanism is operating very well. The two sides will decide the date and time for this year's meeting in due course," she said.

Officials say the two sides achieved steady progress in manging the differences over the border due to the border dialogue mechanism though an agreement is yet to be reached.

Commenting on the forthcoming talks, Chinese experts said managing a crisis from a potential border conflict will top the agenda of the border talks.

The news on the highest-level border talks between China and India is a very positive sign that the two countries are committed to resolving problems through dialogue instead of confrontation, Qian Feng, an expert at the Chinese Association for South Asian Studies, told state run Global Times today.

"Resolving the border disputes has stagnated and the Dokalam standoff has led to a rethinking on the ties of the two countries, which will be reflected in the talks," Qian Feng said.

The talks, coming months after the Dokalam standoff, will put managing a crisis on the top agenda as future disputes remain possible, and both sides need to manage the disputes and avoid confrontation, Qian Feng added.

Foreign Ministry Spokesperson Hua Chunying also hinted that the next round of the RIC meeting will also be held soon.

"We highly value this mechanism. According to my information the three parties are in communication to this specific issue. We support India in holding this meeting," she said.

Earlier Chinese officials told PTI that the RIC meeting will be held in Delhi in December in which Wang will take part.

The talks will be the first round of dialogue after the CPC endorsed a second five-year term for China's Xi, with renewed powers.

Besides Dokalam, a host of issue including differences between the two countries over the USD 50 billion China-Pakistan Economic Corridor (CPEC) are expected to figure in the talks.

The CPEC is a part of China's multi-billion dollar Belt and Road Initiative (BRI). India objected to the CPEC as it goes through Pakistan-occupied Kashmir.

Also the talks will be held in the backdrop of the new South Asia policy announced by US President Donald Trump ramping up pressure on Pakistan to crackdown on terror havens.

Hua Chunying yesterday said both Trump and Xi discussed antiterrorism issues related to South Asia and reached a consensus to uphold peace in the region.

In her briefing, Hua did not confirm any meeting between Prime Minister Narendra Modi and President Xi at the East Asia Summit, being held in the Philippines.

"So far I have no specific information to offer. Various parties can keep communication, if they would like to meet," she said.
Comments
ChinaIndia