PM Modi, the first Indian Prime Minister to visit Palestine, is reaching Ramallah tomorrow amid heightened tensions in the region after US President Donald Trump recognised Jerusalem as the capital of Israel 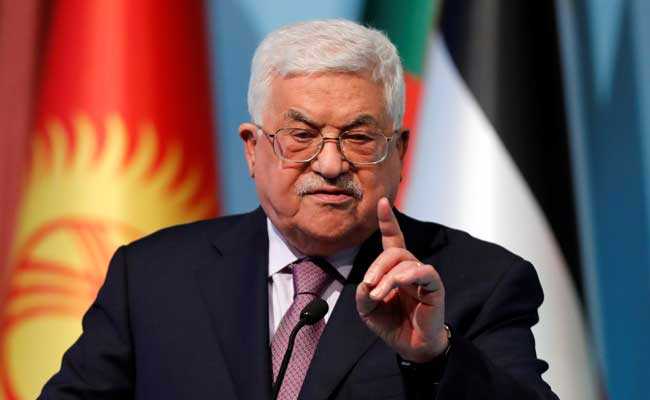 Ramallah: Ahead of Prime Minister Narendra Modi's historic Palestine visit, President Mahmoud Abbas said he will discuss with him India's role in the Middle East peace process and the creation of a multilateral forum of negotiations to strike a final deal with Israel.

PM Modi, the first Indian Prime Minister to visit Palestine, is reaching Ramallah tomorrow amid heightened tensions in the region after US President Donald Trump recognised Jerusalem as the capital of Israel.

The unilateral US decision to declare Jerusalem as the capital of Israel was challenged at the UN General Assembly where 128 nations, including India, voted to turn down the move as "null and void".

"We are receiving Prime Minister Modi in a historic visit that will demonstrate the strong ties and relations between the Palestinian people and the brotherly Indian people," President Abbas told PTI in an e-mail interview.

Though India has shied away from becoming a party in the Israel-Palestinian conflict, the Palestinian leader on several occasions has stressed on a possible role for New Delhi in the Middle East peace process.

"We will discuss the recent updates with Prime Minister Modi, and the recent developments in the peace process, the bilateral relations, and the regional situations. And the possible role India can play in enhancing peace in the region, as well as discussing different economical aspects beyond the existing ties we already possess," President Abbas said.

Describing India as a "very respected country in the international arena", the 82-year-old Palestinian President said that India can have a possible role in creating a multilateral forum of negotiations between the Palestinians and Israelis to reach a final agreement.

He said PM Modi's visit to the region reflects India's long-held position of supporting peace and stability in the region.

"We believe in the importance of a possible Indian role... to reach a final agreement based on international consensus and resolutions, in which India and other countries can be part of," President Abbas said.

"The long Indian position of supporting the two-state solution is well known. India has supported the Palestinian cause throughout the years of conflict, and we rely on the Indian support in order to reach the independence of the Palestinian State," he added.

As Palestine works to establish an international multilateral mechanism of negotiations, the Palestinian leader stated that "India can play a role in this".

"The relations between India and Palestine are historical...This visit will culminate the historic ties between the two brotherly people, and will help in increasing and strengthening these ties that we possess," he said.

PM Modi would be skipping Israel during his forthcoming tour of Middle East in a clear message that New Delhi is de-hyphenating its ties with the Jewish state and Palestine. PM Modi had visited Israel last year in July in a standalone visit that had led to many analysts questioning the future of the Indo-Palestine ties.

When asked about India's growing engagement with Israel, an unperturbed Abbas said that "any state has the right to establish relations with other countries".

"We believe in the importance of our relationship with the brotherly Indian State, the support of India to the Palestinian people, and the relationship we possess with the Indian people, will not be effected by India s relations with any other State," he emphasised.

"India has recognised the State of Palestine in 1988, and we cannot forget the last Indian vote in favour of Palestine's rights in Jerusalem in the United Nations General Assembly, and all the political stands that India has taken to support the Palestinian rights in the international arena," President Abbas said referring to India's vote at the UN.

India has consistently voted in favour of resolutions supporting the Palestinian cause at international forums, an issue that has bothered strategic partner Israel.

Israeli Prime Minister Benjamin Netanyahu recently said that he was "disappointed" at the Indian vote at the UN but also expressed hope that there will be a possible change of heart over a period of time.

Appreciating India's assistance in strengthening Palestinian economy through executing several projects in the Palestinian areas, President Abbas said that "he cannot forget" New Delhi's support and wishes to further discuss with PM Modi areas of cooperation in the economic sphere.

A number of MoUs are likely to be signed between the two sides during PM Modi's three-hour visit to Palestine under which India will provide funding for a number of projects in the fields of health, education, culture and women's empowerment.

"And in 2016 we laid the foundation stone to establish the Palestine India Techno Park project in Ramallah, and we are also looking forward the establishment of the Institute of Diplomacy that is kindly funded by the Indian Government", he noted.

Promoted
Listen to the latest songs, only on JioSaavn.com
A lot of Palestinian diplomats have received training in India and hundreds of Palestinians have availed scholarships to study at Indian institutions as part of New Delhi's effort towards capacity building in Palestine.

"We are working on promoting the economical relations through introducing businessmen and investors from both sides on the available opportunities in the sectors of tourism, technological exchange in many areas, including industrial, agricultural, and information systems, and on the other hand, signing government agreements to support businessmen and protect their investments," he said.