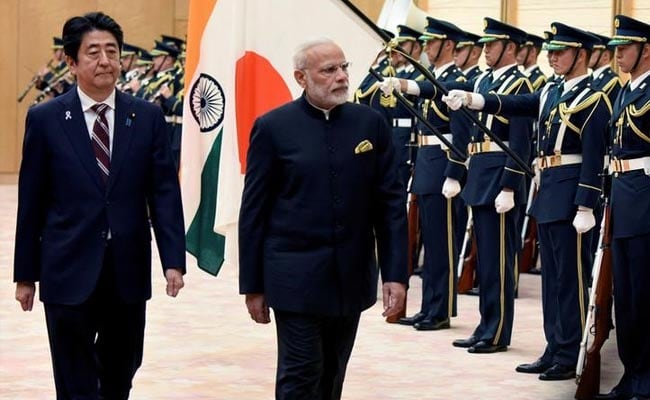 New Delhi: Has India bent over backwards and given up its right to conduct a nuclear test in a legal document in order to allow a historic nuclear deal with Japan to go through? Top government officials in New Delhi have told NDTV that a separate note, signed by Indian and Japanese officials last week, along with the nuclear agreement, is not legally binding.

The note talks about the circumstances in which the agreement can be scrapped but Indian officials insist it makes no "explicit reference to nuclear testing" and was done "for Japanese sensitivities". Government sources claim India has made "no additional commitments" to Japan.

The deal was signed during PM Modi's visit to Tokyo on Friday. The agreement will allow Japan to supply nuclear reactors, fuel and technology to India for civilian use.

Japan is the only country to have been bombed by atomic weapons in World War 2, which is why the country, historically, has been a strong supporter of the Nuclear Non-Proliferation Treaty or the NPT, to which India is not a signatory.

That is also why negotiations for this deal took over six years. The agreement is crucial since American companies have Japanese technology and therefore, could not set up nuclear power plants in India.

In the note, called 'Views and Understanding', the Japanese side has cited India's September 2008 declaration to the Nuclear Suppliers Group or NSG, which talked of a unilateral moratorium on nuclear tests. Japan says if this commitment is violated, the deal will be terminated.

Promoted
Listen to the latest songs, only on JioSaavn.com
But while India says this additional note is not binding, and is just an expression of views, Japan does not see it that way.

A top Japanese official has told NDTV the note "is legally binding and that Japan has the right to terminate its cooperation. It has also been clearly confirmed between the two governments that Japan could do this in case India conducts a nuclear test. The above point is critically important in implementation of the Treaty. Therefore, both countries agreed to establish the separate Note and signed the document together with the Nuclear Treaty itself".