Happy Independence Day 2019: Titled "Watan", the patriotic music video captures the beauty and might of India. 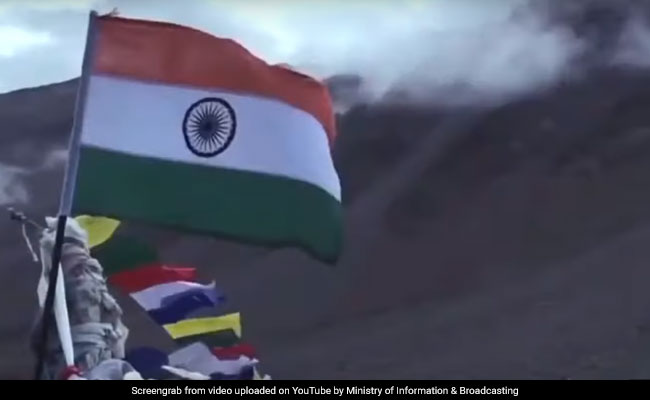 Independence Day: Music video shows landmark achievements of India in the recent past.

Ahead of Independence Day, the Union Information and Broadcasting Minister Prakash Javdekar released a nearly five-minute-long patriotic music video. Titled "Watan", the video captures the beauty and might of India.

Sung by Javed Ali and produced by Doordarshan, the music video shows landmark achievements of India in the recent past including the launch of Chandrayaan 2, National War Memorial and Statue of Unity among others. It also shows PM Modi flagging off India's fastest train - the Vande Bharat Express as well as Yoga Day celebrations.

Ahead of #IndependenceDay , launched in New Delhi today, #Watan, a song that celebrates #NewIndia, produced by #Doordarshan .@narendramodi@PMOIndia@javedali4u@DDNational@PIB_India@MIB_India@PIBMumbai@airnewsalerts@DDNewsHindi@bjp4india@bjp4maharashtra@BJP4Delhipic.twitter.com/TbYE1QKFJs

"On the occasion of this August 15, the Doordarshan and Prasar Bharti have prepared this amazing song. This is a beautiful rendition by Javed Ali. People will enjoy this song during the Independence Day celebration. I am delighted to release this song today," Mr Javdekar said. Independence Day: The music video Watan captures the beauty and might of India.

From the tea gardens of the northeast, serene beaches of the south, Ganga ghats of north India and Himalayan mountain ranges, the song captures the diverse landscape of India and gives a visual tour of different regions of the country.