Sushil Modi refused to back out even when his comment on Twitter yesterday, led to opposition and social media jibes 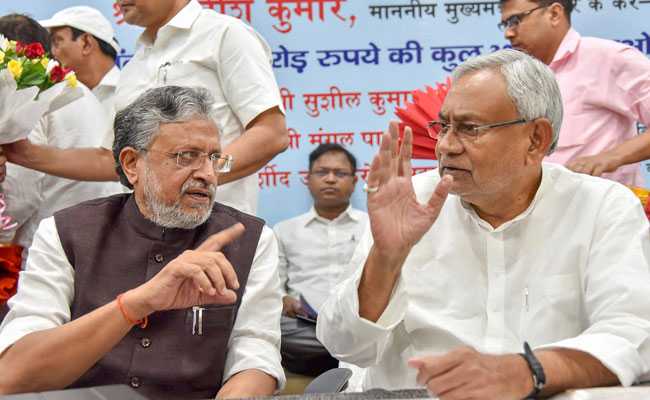 Bihar Finance Minister Sushil Modi has an interesting theory to explain the slowdown in auto sector that has led to thousands of job losses and a cut-down in production. While analysts attributed the slowdown to weak consumer demand and private investments, Mr Modi said it is due to Bhado and Kharmaas - an inauspicious period in the Hindu calendar stretching from mid-August to September-end, during which no major events are planned.

The minister refused to back out even when his comment on Twitter yesterday, led to opposition and social media jibes. On Monday, acknowledging that some local television channels made fun of his remarks, he said he comes from a family of businessmen and since childhood witnessed drop in the sales during the month of Bhado and Kharmaas.

Speaking at a function organised by foodgrain dealers, Mr Modi blamed the media once again for what he described as an "environment of gloom and doom".

"Till the time Narendra Modi is the Prime Minister and Nitish Kumar is the Chief Minister of Bihar, no one can touch industrialists and businessmen," he declared. All the problems raised by the media is being addressed at centre and state, he said, quoting figures from different sectors and claiming all these have registered growth.

He got a pat on the back from Chief Minister Nitish Kumar, who in his address said he agreed with the facts and logic given by his deputy to debunk the theory of slowdown in the economy.

The sales of passenger vehicles have been on a downward spiral for the last 10 months.

Data from the country's top six car makers, including Maruti Suzuki and Toyota Motor more than 90 per cent share of the market, shows that passenger vehicle sales for August fell 34 per cent compared with the same period a year ago, reported news agency Reuters.

Data from Tata Motors and Mahindra & Mahindra, which together account for about two-thirds of the commercial vehicles market, show that sales of trucks, an indicator of economic activity, fell by almost 40 per cent, Reuters reported.

The drop in car sales come as the country registers the slowest growth rate in six years. Growth in the country's gross domestic product (GDP) stood at 5 per cent in the first quarter of current financial year (2019-20), compared with 5.8 per cent in the previous quarter, and 8.0 per cent in the quarter ended June 30, 2018.

In its effort to boost the economy, the government has announced a number of steps - from waiving higher taxes on foreign investors to recapitalising state-run banks. On Monday, it also relaxed norms for Foreign Direct Investment in several sectors including single brand retail, digital media and the manufacturing sector as part of an all-out effort to boost the flagging economy.