A priest at Yamunotri temple in Uttarkashi, said, since we don't receive even one per cent of the donation, we have put a cloth on donation boxes. 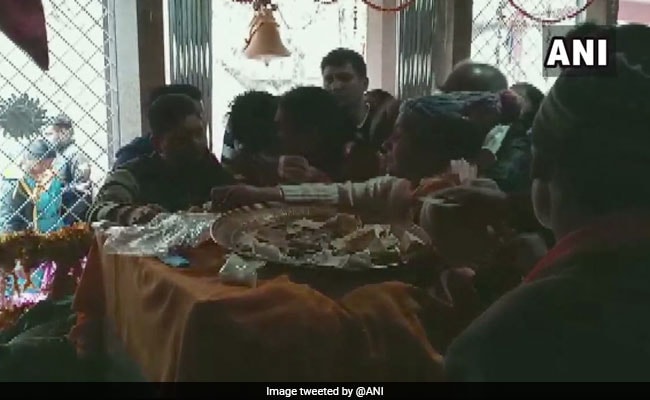 The priests at the famous Yamunotri Temple in Uttarkashi have covered donation boxes with clothes to draw benefit from the money donated in the temple. They allege that they do not receive any salary from the donation made in the box and this forced them to cover the boxes.

"If we were receiving the salary or a percentage out of it (donation), then we would have keep the donation boxes open. Since we don't receive even one per cent out of this, we have put a cloth on donation boxes," a priest said.

Sub-Divisional Magistrate of the area said that high security have been deployed in the temple after they received information about covering of donation boxes.

"We have deployed adequate security personnel including police officials and home guards in the temple. I have received a few photographs and video in which it can be seen that these people have kept clothes on donation boxes. I am registering an FIR against them and immediate action will be taken," Anurag Arya, administrative officer, said.

12 To Be Elected Unopposed To UP Legislative Council; 10 From BJP