UP Dalit Groom Who Won Battle For Baraat Arrives In Style, With 150 Cops

Sanjay Jatav, a law student was finally able to take out his wedding procession

This was no ordinary baraat. 150 policemen, including senior officers, were part of a Dalit man's wedding procession in Uttar Pradesh on Sunday. Sanjay Jatav, a law student who won a fight with upper caste men and the district administration for his right to take a baraat to his wedding, was finally able to ride a horse-drawn carriage to marry 18-year-old Sheetal in Kasganj.

There were cops on rooftops apart from those in the groom's procession. The large police contingent will stay in the village till Mr Jatav leaves with his bride for his home in western UP today.

"We had to face huge obstacles to see this day", said the bride, Sheetal, as mehendi was being applied on her hands. "The Thakurs of the village never allowed us to celebrate earlier" she said. 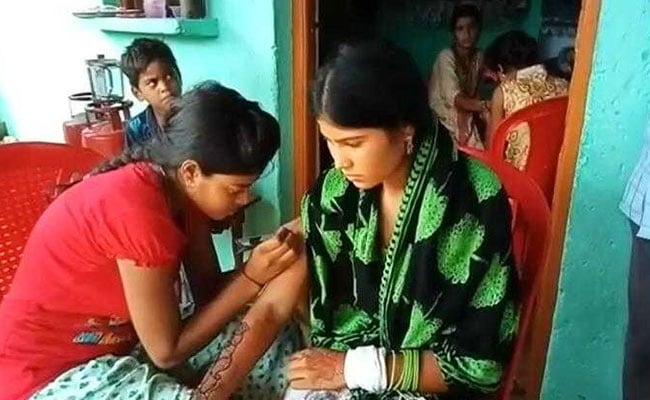 Mr Jatav approached the Allahabad High Court but was told that only the local police could help him. The administration played mediator in a meeting of the two sides, and convinced the Thakurs to let the Dalit groom's procession pass by their homes.

The route that the procession would take was negotiated and sealed. There were conditions to ensure that peace would be maintained.

When finally the big day arrived, it was band, baaja and baraat for Sanjay Jatav and Sheetal with 150 cops guarding perhaps the most elaborate Dalit wedding these parts have seen in decades.