The lawmaker from Hamirpur Sadar said he had got security on a high court order earlier but it was downgraded by the previous Samajwadi Party government. 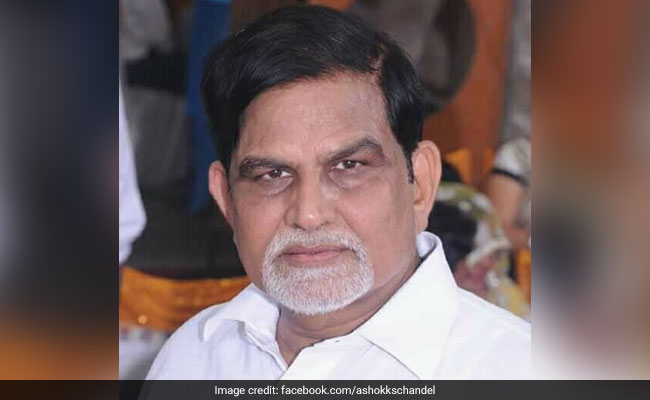 BJP MLA Ashok Singh Chandel today created a flutter in the Uttar Pradesh Assembly when he alleged threat to his life and said he was not getting adequate security despite raising the issue with authorities in Lucknow.

"I had met officials regarding my security issues. The additional security I am being offered involves huge expense... sharp shooters were arrested in Varanasi and some arrests were also made in Hamirpur and all this underlines the threat aspect," he told the House during the Zero Hour.

The MLA from Hamirpur Sadar said he had got security on a high court order earlier but it was downgraded by the previous Samajwadi Party government.

Terming the matter as serious, Parliamentary Affairs Minister Suresh Khanna assured him that necessary directives will be issued in this regard.

Leader of Opposition in the state Assembly Ram Govind Chaudhary said similar threats have been received by some opposition members as well.

Speaker Hriday Narain Dixit directed the government to take note of various incidents of threat to the lives of MLAs and ensure adequate security to them.

Mr Chandel was referring to the arrest of four sharp shooters by the Special Task Force (STF) in Varanasi on August 29 and the recovery of a prohibited bore weapon and a double barrel gun in course of raids in Hamirpur.

According to a report from Banda, a joint operation by Banda and Hamirpur police led to the recovery of the arms which were to be handed over to the sharp shooters for the murder of the MLA.

DIG Chitrakoot Dham Manoj Tewari had said that after getting inputs about the conspiracy, raids were carried out at the residences of local BJP leader Rajiv Shukla and the recovery was made.

Those arrested in Varanasi by the STF, a day earlier, had given inputs in this regard, the DIG had said.