In UK and India, the controversy over Operation Bluestar 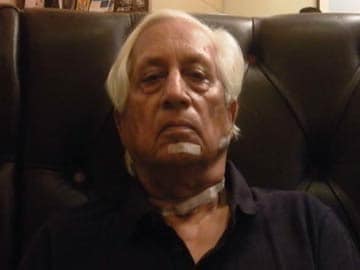 Lieutenant General (retd) KS Brar after he was attacked in 2012

Over 1,000 people were killed after troops entered Sikhism's holiest shrine in Amritsar, Punjab, to flush out militants holed up there. Five months later, in retaliation, Mrs Gandhi was assassinated by her Sikh bodyguards.

Lieutenant General KS Brar, who headed the military operation, told NDTV, "As far as I am concerned, Operation Bluestar was planned and executed by Indian Army commanders. There was no involvement of anyone from the British government."

But the UK government has said it  will investigate its involvement  after previously top-secret documents showed British elite forces played an advisory role.

Recently de-classified documents released in the UK appear to reveal that Margaret Thatcher deputed a member of UK's Special Air Services to India  to help in  planning the controversial operation.

Promoted
Listen to the latest songs, only on JioSaavn.com
"If the British Government was being consulted in February 1984, it only lends credence to the fact that government of India neither believed in nipping the problem at the initial stage nor in exploring alternative methods of evacuating the extremists from the Golden Temple. It wanted to invade the sacred precincts of the Golden Temple, even if it meant hurting national interests and, certainly, the interests of the Sikhs,'' Mr Jaitley wrote in a Facebook post today.