In Touch With Indians On Board Japan Cruise Ship: Indian Embassy

Cruise ship Diamond Princess with 3,711 people on board arrived at the Japanese coast early last week and was quarantined. 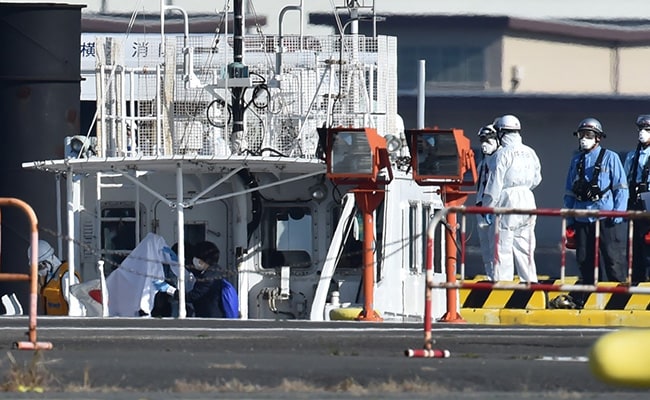 The Indian Embassy here on Tuesday said it was in touch with the 138 Indians, including passengers and crew members, on board a cruise ship, carrying 3,711 people, quarantined off Japan due to diagnosis of some novel coronavirus cases.

Cruise ship Diamond Princess with 3,711 people on board arrived at the Japanese coast early last week and was quarantined after a passenger who de-boarded last month in Hong Kong was found to be the carrier of the novel virus on the ship.

Around 60 people tested positive of the virus on Monday, taking the total number of those infected on the ship to 130. Authorities had initially tested nearly 300 people when the ship arrived at the Japanese coast.

"The situation is being monitored closely," an Indian Embassy official told PTI on asked if there are any arrangements made by the mission to de-board the Indians from the ship.

"There are a total of 138 Indian nationals on the ship. The Indian Embassy is in touch with them," the official said, adding that the Indians on the ship have not been tested for coronavirus.

Those on the ship have been asked to wear masks and allowed limited access to the open decks as they are advised to remain in the cabins most of the times to contain the spread of the virus, according to media reports.

Meanwhile, the operator of the ship on Monday vowed to refund all 2,666 passengers due to the on board outbreak of the new coronavirus.

Carnival Japan Inc., the Japanese branch of Princess Cruise Lines Ltd., which operates the ship, said refunds will be offered via travel agencies through which the passengers made their bookings.

The company will additionally cover all costs incurred by those quarantined aboard the ship since last Tuesday, when passengers were originally scheduled to disembark at Yokohama.

The death toll in China's novel coronavirus outbreak has gone up to 1,016 with 108 new fatalities reported mostly in the worst-affected Hubei province while the confirmed cases of infection have soared to 42,638.

Outside China, there have been more than 350 infections reported in almost 30 places with two deaths, one in the Philippines and the other in Hong Kong.

Several countries have banned arrivals from China while major airlines have suspended flights to the country.