In Rajasthan's Tonk, It's Sachin Pilot vs BJP's Only Muslim Candidate

In the last 40 years, the Congress has always had a Muslim candidate from Tonk

Sachin Pilot is fighting his first assembly election from Tonk.

Tonk, the city of Nawabs, will witness a high-stake battle on December 7 when Congress leader Sachin Pilot will face Yunus Khan, the number 2 minister in Vasundhara Raje's cabinet.

A small town between Jaipur and Kota, Tonk was established in 1817 by the British to give the marauding Pindaris a base and keep them away from loot and plunder. Amir-ud-Daula settled in Tonk as its first nawab with his band of marauders and gave up plunder. He eventually became a land-owning nawab.

In the last 40 years, the Congress has always had a Muslim candidate from Tonk. With a population of about 2,23,000, the minority vote is pegged at about 55,000 and an equal scheduled caste population, both have been crucial for the Congress.

Saud Syedi, district president of the Congress, was hopeful of a ticket until Sachin Pilot decided to fight his first assembly election from Tonk. That changed the equations for the BJP as well.

The BJP took back the ticket from Ajit Mehta, who had won the last election with a margin of over 30,000 votes, and brought Yunus Khan into Tonk.

With the BJP keen to replicate the UP model by not fielding a single Muslim face, Yunus Khan had almost missed the bus in this election, but then Tonk happened. 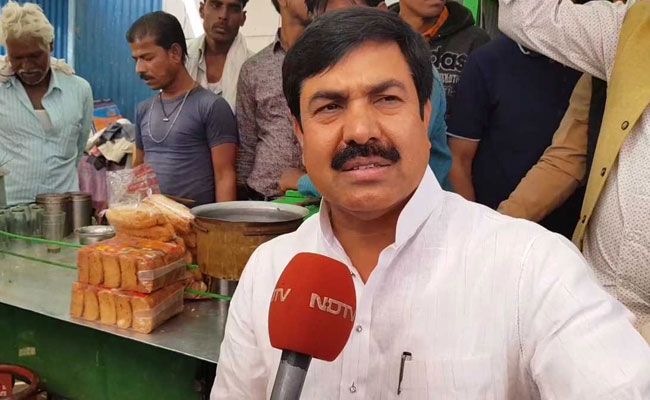 Yunus Khan is the number 2 minister in Vasundhara Raje's cabinet.

On Vasundhara Raje's insistence, Mr Khan was given the ticket and Ajit Mehta took back his nomination. The BJP hopes that Mr Khan will be able to divide the minority votes.

"The BJP wanted to repeat the template of UP, and didn't plan to give a single ticket to a minority candidate in Rajasthan, but they were forced to change their mind and they had to send Yunus to take me on here. People should not get tickets based on their religion, their work should decide that," said Sachin Pilot.

Whether Yunus Khan will turn out to be a giant killer or a sacrificial lamb will be revealed on December 11, when the results will be announced, but he respects the party's order, Mr Khan told NDTV.

"When a soldier goes to the border to fight, he can return with victory or he is sacrificed. I am that soldier for the BJP. Wherever the party sends me, I will fight," Mr Khan said.

However, for the man who was once a national-level kabbadi player before entering politics, it isn't going to be easy for Yunus Khan.