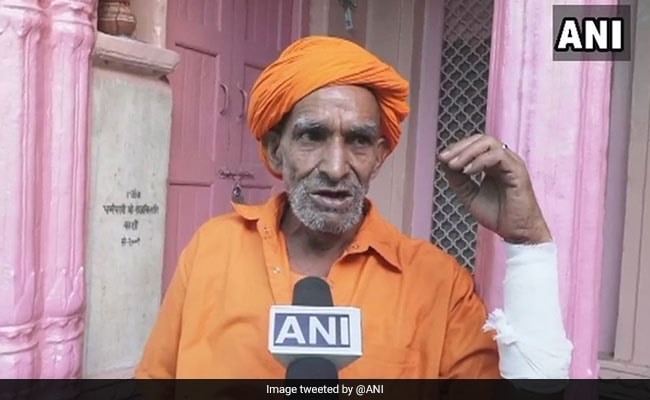 After false WhatsApp messages, priest attacked at a temple in Pushkar

Pushkar, Rajasthan: A priest at the Brahma temple in Rajasthan's Pushkar was attacked by a man disguised as a devotee, for allegedly not allowing President Ram Nath Kovind to enter, the police said on Tuesday.

The priest was attacked after a few local people circulated messages on WhatsApp that President Kovind was not being permitted to enter the temple premises.

The accused who has been identified as Ashok Meghwal, stood in a queue and tried to hit Mahadev Puri, the priest, as soon as his turn came to offer prayers.

"Meghwal who claims to be a doctor, is mentally unstable," said Mahaveer Sharma, the officer at the police station in Pushkar.

The President, who was on a trip to Pushkar last week, offered prayers on the temple's doorstep since his wife reportedly had trouble climbing stairs as she has a knee problem.

The attack was caught on camera and the footage went viral where the accused is seen waving a sharp-edged weapon for a few minutes scaring other devotees.

Promoted
Listen to the latest songs, only on JioSaavn.com
This attack has raised several questions on the security arrangements of the temple where devotees have to go through a metal detector to enter the premises.