Though the local administration has pressed water tankers into service, the supply is inadequate and the water is not fit for drinking, villagers have complained. 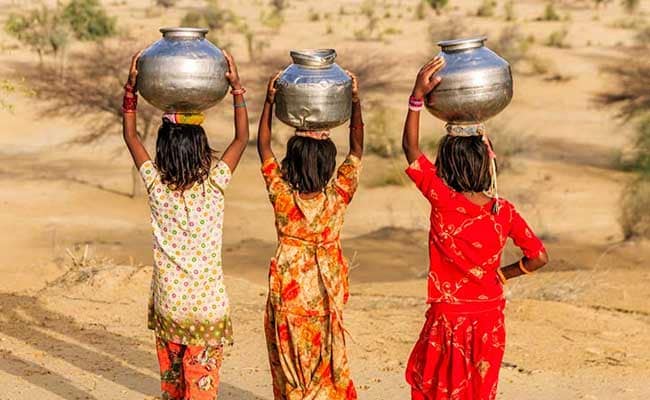 Residents of the village say that all four wells in the village have dried. (Representational)

Amid the scorching summer heat, several villages in Maharashtra's Melghat belt here are facing acute water shortage, forcing residents to step down into deep wells and walk long distances in the hilly terrain barefoot to fetch just a potful of water.

Though the local administration has pressed water tankers into service, the supply is inadequate and the water is not fit for drinking, villagers have complained.

Khadimal is one such tribal-dominated village on Dharni road, situated in the Satpura mountain range, about 50 km from the Melghat Tiger Reserve.

There are 311 houses in the village having a population of around 1,500, as per government records.

Water scarcity is a perennial problem in the village. It starts from November and turns acute by February, according to locals.

Twice a day, the local administration sends a tanker which empties its water stock in a well located in the village, he said.

As soon as the villagers see the tanker, they throng the well, with both young and old people jostling to get a potful of water, another local Bhurya Kasdekar said.

"Our struggle does not end there. For fetching just a potful of water, we have to risk our lives by stepping down into the deep well and then climbing up while balancing a pot of water on our heads," a woman from the village said.

The tanker supply lasts in the well for only about half-an-hour, leaving many without even a pot of water, some villagers said.

These people then have to walk some three km in the sweltering heat to fetch water from a spring.

The daily struggle has not only resulted in many villagers suffering from body pain, but is causing other health issues to them due to the consumption of undrinkable water, Mr Bethekar said.

Even their cattle and livestock have to remain thirsty at times, the villagers said.

He said the villagers are demanding a dam nearby to solve the problem of water scarcity.

The village head was unavailable for comments.