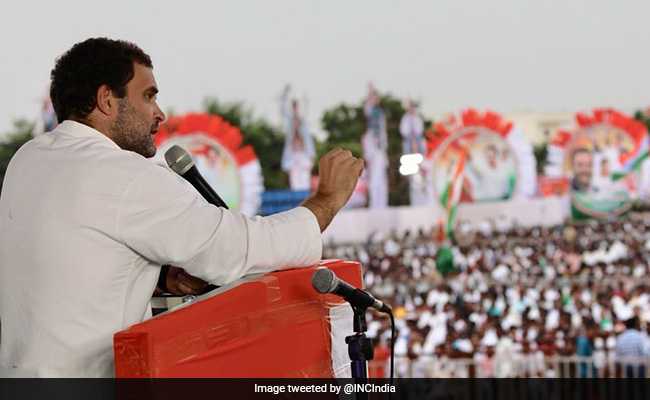 Mr Gandhi had addressed a public meeting at Serilingampally on Monday.

Congress president Rahul Gandhi on Tuesday met some corporate leaders here and he was believed to spoken on a range of issues, ranging from GST to job creation.

Suresh Daggubati, a film producer and businessman, who attended the closed-door meeting, said Gandhi participated in an interactive session, expressed his views and clarified his stand on certain issues.

"Rahul spoke about GST, demonetisation... He shared his opinion. He spoke about job creation and wealth distribution. It was a positive interaction," he told PTI.

"It is basically an event by the Young President's Organisation. Normally somebody (leader) comes and talks to us. We always call prospective leaders for an interaction," he added.

The party, on its official Twitter account, said, "The Congress party president met CEOs here to discuss solutions to issues faced by small and medium businesses.

The Congress president, who arrived  on Monday on a two-day visit, addressed party cadres through video-conference and reviewed poll preparedness, a senior Congress leader said.

Mr Gandhi had addressed a public meeting at Serilingampally and also participated in an interactive session with women Self-Help Groups at Shamshabad.