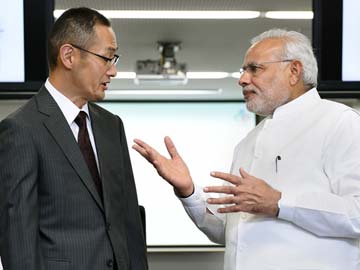 Mr Modi, who has been keenly looking for a remedy to the disease since his days as Chief Minister of Gujarat, discussed the issue with Nobel Prize winner for Medicine (2012) S Yamanaka when he visited the Kyoto University.

The Prime Minister, on the second day of his tour, raised the issue during his visit to the Stem Cell Research facility and discussed whether Japan could be of help in this regard. The Prime Minister discussed the possibility of cooperation in finding a treatment for the disease, said External Affairs Ministry spokesman Syed Akbaruddin.

Sources said the Japanese side said it would work with India in jointly finding the treatment.

The sources said Mr Modi, since his days as Gujarat Chief Minister, has been trying to see if any solution could be found to the disease but has been helpless as no cure has been invented yet.

Promoted
Listen to the latest songs, only on JioSaavn.com
Normal red blood cells are disc-shaped and look like doughnuts without holes in the center.

They move easily through blood vessels. Red blood cells contain an iron-rich protein called hemoglobin. This protein carries oxygen from the lungs to the rest of the body.