BJP will rid Rae Bareli of "dynastic politics" and take it on the path of development, said Amit Shah at a rally in the Congress stronghold 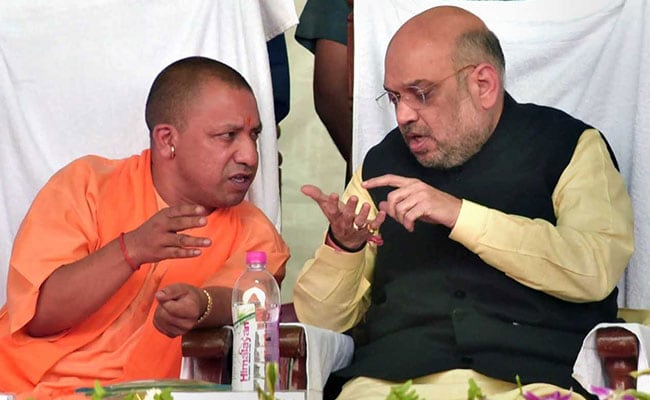 New Delhi: Just days after Sonia Gandhi's trip to her constituency Rae Bareli, BJP president Amit Shah today visited the Congress bastion, saying his party would put an end to "dynastic" politics in the area that has "not seen development since Independence".

"I have come here to make it clear that the BJP will rid Rae Bareli of 'parivarvad' (dynastic politics) and will start the campaign from today for taking it on the path of 'vikasvad' (development)," Mr Shah said at a rally in Rae Bareli, a Lok Sabha seat Sonia Gandhi has won four successive times.

Faced with an aggressive Congress that has repeatedly taken on the BJP and Prime Minister Narendra Modi in particular over the the Unnao and Kathua rapes, the BJP has scaled up its "dynastic politics" barb as a comeback.

Earlier this week, without mentioning the Congress, PM Modi referred to "one family" more than once at a town hall event in London, saying he was absolutely okay with criticism of his government but lamented that criticism had degenerated into "allegation".

Though the BJP had swept Uttar Pradesh in the 2014 general election, winning 71 of the 80 seats in the states, it lost both Rae Bareli and Amethi to the Congress. The party had fielded Smriti Irani in Amethi opposite Rahul Gandhi who won the election but his victory margin was reduced by over 2.5 lakh votes.

Last week Ms Irani visited Amethi, saying despite her defeat, development work "ignored by the Gandhi family for five decades had been completed in four years of Modi government".

"In four years, more than 80 development works have been undertaken... they all will testify how this area had been deprived of development until now," Ms Irani had said.

Today, Mr Shah said the people of Rae Bareli will see development. "We will develop it as an ideal constituency and a model district," he claimed.

Promoted
Listen to the latest songs, only on JioSaavn.com
He also took on Rahul Gandhi after a court in Hyderabad acquitted five people accused in the 2007 blast in Hyderabad's Mecca Masjid, including Assemanand, a saffron-robed monk.

"You and your party leader leaders tarnished Hindu culture by using the words saffron terror. You need to apologise," said the BJP chief.
He also welcomed a lawmaker from Rae Bareli --- Dinesh Pratap Singh --- into the BJP. Mr Singh had quit the Congress earlier this month.