The incident triggered panic and outrage on social media, with many claiming the bus had been "hijacked" 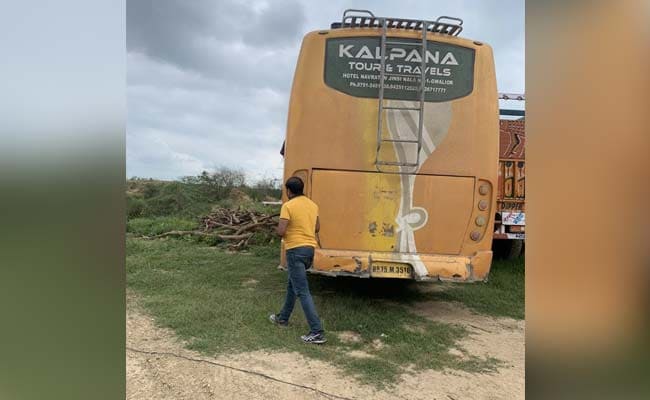 In a bizarre incident this morning, a group of people employed by a private finance company intercepted a private bus in Uttar Pradesh's Agra, made the driver and the conductor get down and then drove off with 34 passengers in it. The bus was going from Gurugram to Madhya Pradesh.

The incident triggered panic and outrage on social media, with many claiming the bus had been "hijacked" and highlighting the incident as yet another failure of the Uttar Pradesh government in managing law and order.

"The bus driver and the conductor came to the police. They told us the bus was travelling from Gurugram to Panna in Madhya Pradesh when it was intercepted by the finance company's people... It seems the bus financers are responsible. We are filing a case," Agra police chief Babloo Kumar told reporters.

The bus has been found in UP's Etawah district without the passengers, the police said. "Madhya Pradesh Police managed to trace a passenger and spoke with him. He said after driving a few kilometres, the passengers were told to get down and take another bus that was already waiting on the highway," Mr Kumar said.

The police chief said the new bus took the passengers to Jhansi, from where they proceeded to their destinations in different buses. "We managed to speak with the bus owner's family, who said some people came to their house a few days ago over a money dispute. We are investigating the matter," said Mr Kumar.

Government sources said the bus was taken over in this bizarre manner because the finance company panicked after the death of the owner, thinking that his family members would default on loan payment.