In Bengal, a hundred women dumped in field after sterilisations 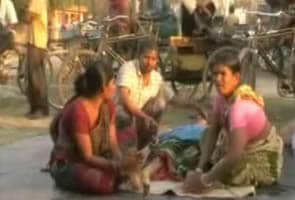 Kolkata: Nearly a hundred women were dumped unconscious in a field after a mass sterilisation in West Bengal, because there was no room in hospital for them to recuperate.

The women had all undergone surgical procedures on Tuesday at a state-run hospital in the Malda district of West Bengal, around 360 kilometres (220 miles) north of Kolkata.

Footage shot by local reporters showed unconscious women being carried out of the hospital by men and then placed on open land.

In complete violation of all norms, two doctors performed more than 50 operations each, double the number allowed by law. "If there are two surgeons, the operations could have been performed over two days. Why in one day?" asked Dr BR Satpathi, the state's Director of Health Services.

The National Human Rights Commission is investigating the incident. The government has demanded an explanation from two health officials and the two doctors by Friday.

"Whatever we have seen is shocking and appalling.  Contraception is a subset of reproductives right and we really have to look at it from a human rights point of view," said health activist Ratnaboli Ray.

A similar incident was reported from the Burdwan district last month raising concerns that the nightmare at Malda may not be an exception.

Promoted
Listen to the latest songs, only on JioSaavn.com
Unlike China, India has no laws limiting the number of children a family can have.  However given its billion-plus population, local governments often offer incentives such as cars and electrical goods to couples volunteering for sterilisation.