Arun Jaitley's criticism followed two consecutive attacks by PM Modi on the united opposition, which held a huge show of strength in Kolkata on Saturday under the initiative of Chief Minister Mamata Banerjee. 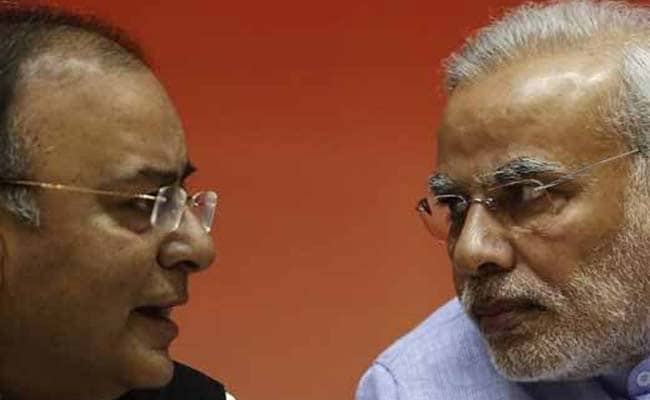 Union minister Arun Jaitley -- currently in the US for a routine medical check-up -- today slammed the opposition's Grand Alliance, saying the coming Lok Sabha elections will be a contest between Prime Minister Narendra Modi and "chaos".

Comparing the current opposition alliance against PM Modi to the one against Congress's Indira Gandhi in 1971, he wrote, "Will 2019 be a replica of 1971? It is Modi vs an unviable and an unworkable short-lived combination. OR is it Modi vs Chaos".

The 5th Lok Sabha elections in 1971 led to a huge victory for the ruling Congress, which won 362 out of 520 elected seats. Jan Sangh, the precursor of the BJP, was part of the opposition alliance against Indira Gandhi.

But India of 2019 "has moved way ahead of India of 1971. Aspirational society never commit a collective suicide. They do not suffer from a Lemming Syndrome," Mr Jaitley wrote in the blog titled ''Agenda for 2019 - Modi Vs Chaos''.

"It is obvious that the level of satisfaction with PM is very high. If that weren't so, what was the need for multiple disparate forces to come together against him? It is only the fear of his popularity & a certain comeback that is bringing them together," he further wrote.

Mr Jaitley's criticism followed two consecutive attacks by PM Modi on the united opposition, which held a huge show of strength in Kolkata on Saturday under the initiative of Chief Minister Mamata Banerjee.

Yesterday, at a meeting in Goa, the Prime Minister accused the grand alliance of being about "corruption, negativity and instability" and said it was "staring at defeat" in the general elections.

On Saturday, the Prime Minister mimicked the united opposition and said they were "coming together and shouting 'bachao, bachao, bachao'.

The remark drew a sharp retort from Congress chief Rahul Gandhi, who tweeted that the "The cries for help are the cries of millions of unemployed youth; of farmers in distress; of oppressed Dalits & Adivasis; of persecuted minorities; of small businessmen in ruin; begging to be freed from your tyranny & incompetence."

The opposition -- which got down to work since Saturday's rally-- has decided not to react to the Prime Minister's statements.