In Indian Air Force's Tribute To Outgoing Chief, A Tale Of 2 Sorties

Air Chief Marshal RKS Bhadauria was commissioned in the fighter stream of IAF in June 1980. 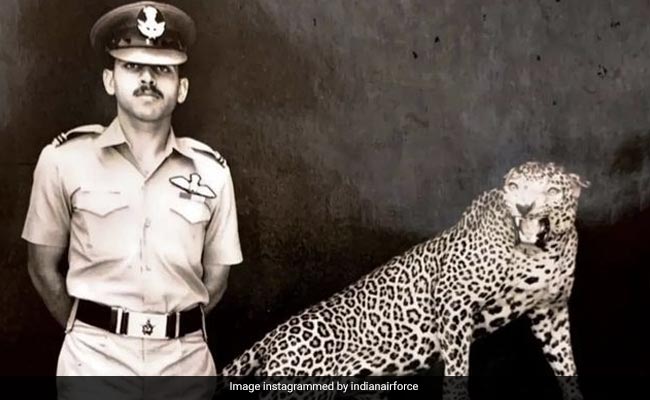 The Indian Air Force, in a set of two pictures, honoured the journey of its outgoing chief, Air Chief Marshal Rakesh Kumar Singh Bhadauria. In the first picture, a throwback, a young Air Chief Marshal Bhadauria is standing next to a statue of a growling panther, symbol of the No. 23 Squadron of the IAF. Air Chief Marshal Bhadauria started his flying career with the squadron, flying the MiG-21 at Halwara in Punjab. In the second picture, he is seen at the same station in the same aircraft for his last sortie as the Air Chief, thus completing the circle and the journey.

“Air Chief Marshal RKS Bhadauria flew his last sortie in a fighter aircraft as CAS on September 13, 2021. His flying career in IAF began with No 23 Squadron, 'Panthers', flying the MiG-21 at Halwara, and so it ended, in the same ac of the same Squadron at the same station,” the IAF captioned the pics shared on Instagram.

Air Chief Marshal Bhadauria joined the fighter stream of IAF in June 1980. He led the commercial negotiations for the Rs 59,000-crore deal with France for 36 multi-role Rafale fighter planes in 2016. Most of the fighters have already reached India from France.

During his tenure as chief of the Air Force, India and China were locked in a bitter dispute on the eastern border in the Ladakh region. The Indian Air Force had deployed most of its frontline fighters in key frontier airbases along the Line of Actual Control as ties remained highly strained for months.

In October last year, Air Chief Marshal Bhadauria said that the IAF is “well-positioned” to deal with any threat and strong deployments have been made in relevant areas. In June this year, as the negotiation with China to peacefully settle the dispute continued, he said that the Indian forces were regularly monitoring the ground situation.

Air Marshal Vivek Ram Chaudhari will be the next chief. He is currently the Vice Chief of Air Staff.