In A First, India To Conduct Online Exam On Cow Science On February 25 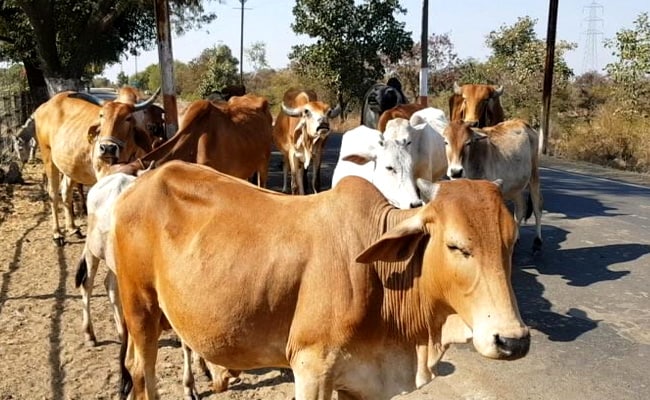 The exam will be held in 12 regional languages apart from Hindi and English. (Representational)

Rashtriya Kamdhenu Aayog (RKA), the government body set up for cow welfare has announced that it will hold a countrywide online examination on "gau vigyan" (cow science) on February 25. There will be no fee for the examination.

"We are starting "Kamdhenu Gau Vigyan Prachar Prasar Examination" at the national level from February 25, 2021. Cow is full of science that needs to be explored. It plays an important role in 5 trillion economies of the country," he said during a press conference.

The exam will be held in 12 regional languages apart from Hindi and English.

"Kamdhenu Gau Vigyan Prachar Prasar Exam will be an online exam with 100 multi-choice questions in Hindi, English and 12 regional languages. The duration will be one hour and there will be 4 categories," he said.

According to an official release of the Ministry of Fisheries, Animal Husbandry and Dairying, under which RKA functions, the exam will be conducted in four categories --Primary level up to 8th standard, Secondary level from class 9th to class 12th, College level after 12th+ and fourth category will be for the general public.

The Ministry has said that there will be no fee for the examination and the syllabus as well as other literature and reference books on cows, which will be recommended on the website of the Rashtriya Kamdhenu Aayog, will help the examinees prepare for the exam.

"Blogs, videos and other selected reading material will be uploaded on official website. Scientists, entrepreneurs, Gau Sevaks, farmers, youth and women as well as senior citizens will actively work to make this mega event a grand success," the Ministry said.

According to the Ministry, the examination will be conducted in a transparent and impartial manner.

"Questions will be set in such a way that during the online exam there will be no scope for any maneuvering. Results will be immediately declared on the website of RKA. Certificates will be given to all. Successful meritorious candidates will be given prizes and certificates afterwards. Appreciation letters will be issued to all those who help in organizing this exam," it said.

RKA comes under the Ministry of Fisheries, Animal Husbandry and Dairying. It was set up by the Centre in February 2019, and is aimed at "conservation, protection and development of cows and their progeny".