Bihar Chief Minister Nitish Kumar met another old "socialist" friend, Samajwadi Party's Mulayam Singh Yadav, at a hospital in Gurgaon today — a key stop in his Opposition unity drive against the BJP for a fight in 2024.

This came on a day when the BJP, too, held a high-level meeting to discuss specific Lok Sabha seats, in Delhi.

Nitish Kumar — so far denying that he's a contender for the PM's post to challenge Narendra Modi — has really dived into the unity drive ever since he dumped the BJP to re-form an alliance with Tejashwi Yadav's RJD and the Congress in Bihar. His tree-day Delhi NCR trip, which began Monday, is part of that. 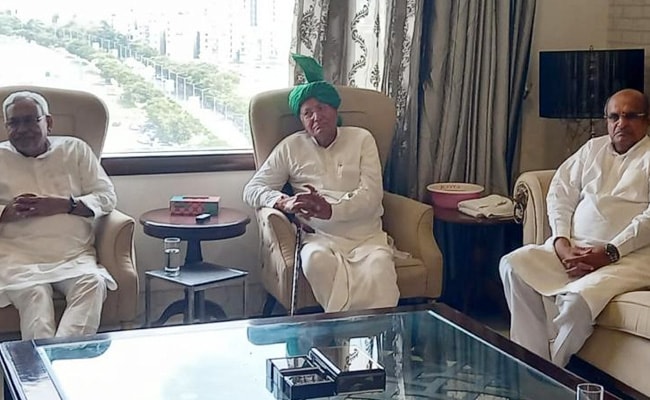 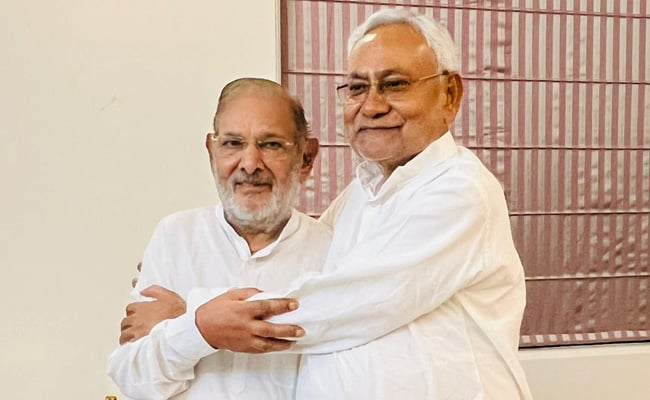 Nitish Kumar and Sharad Yadav at their meeting in Delhi

The Yadavs — Mulayam Singh, Lalu Prasad and Sharad — were once together with Nitish Kumar and OP Chautala under the wider Lok Dal-Janata Dal umbrella, before going their own ways in the 1990s. OP Chautala's father, former deputy PM Devi Lal, was among the faces of that formation.

Since then, they have emerged as regional forces. With the Congress weakened now, an alliance of regional parties is being seen as a means to unseat the BJP.

Akhilesh Yadav-led Samajwadi Party recently increased its seats in UP even though the BJP under Yogi Adityanath retained power. And RJD is the single largest party in Bihar, with JDU's Nitish Kumar as chief minister.

As for his national ambitions — he has served as union minister in Atal Bihari Vajpayee's BJP government — Nitish Kumar today said, "I am not a claimant, nor do I desire it."