In 1st Pics, A Glimpse Of Futuristic Ayodhya Mosque And Hospital Plan

Ayodhya mosque: The first phase of the project, for which the foundation stone is likely to be placed early next year, will have a hospital along with the mosque

The trust in charge of building a mosque in Ayodhya after last year's Supreme Court's verdict, which also paved the way for a Ram temple at the town in Uttar Pradesh, has released the first architectural plan for the project.

The first phase of the project, for which the foundation stone is likely to be placed early next year, will have a hospital along with the mosque. The trust plans to expand the hospital in the second phase.

The name of the mosque is yet to be decided, and it will not be named after any emperor or king, said the Indo Islamic Cultural Foundation (IICF) Trust in a presentation of the project based in Ayodhya's Dhannipur.

In the presentation, the trust showcased the designs of several contemporary mosques from across the world. A computer generated image of the planned mosque shows a massive glass dome across a picturesque garden. The hospital building with a futuristic design is seen behind the mosque. 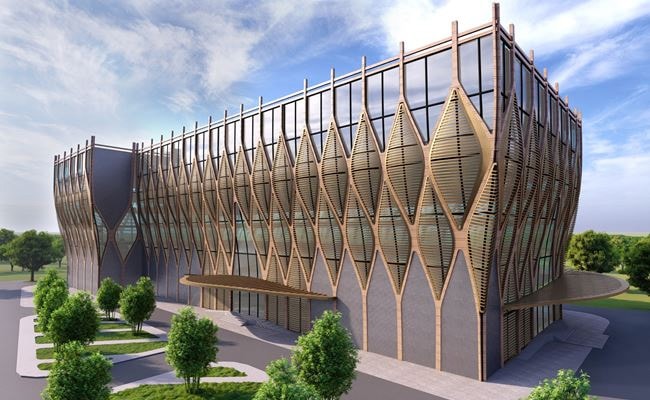 "The design echoes modern architecture of mosques around the world," the IICF Trust said in a statement. The building plan on the 5-acre plot was presented by professor SM Akhtar at the IICF Trust's office in Lucknow.

"Professor Pushpesh Pant, consultant and curator for the archives and museum at the site, mentioned the need for a good museum to showcase the joint accomplishments and struggles of the Hindu and Muslim communities in India," the IICF Trust said in the statement. 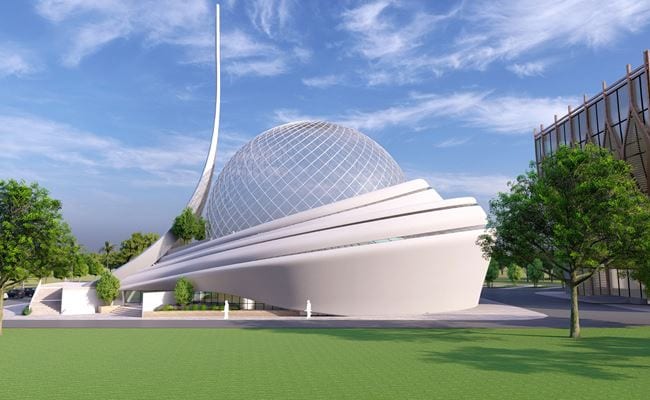 A view from the side of the planned mosque in Ayodhya (Courtesy: Indo Islamic Cultural Foundation Trust)

Ordering a five-acre "suitable" plot in Ayodhya, the Supreme Court had said this was necessary because the court must ensure that a wrong committed must be remedied. "Tolerance and mutual co-existence nourish the secular commitment of our nation and its people," said the judges.

Prime Minister Narendra Modi returned to Ayodhya after 29 years in August this year for the "Bhoomi Pujan" or ground-breaking ceremony for the Ram temple. PM Modi, who in 1990 was one of the organisers of the nationwide campaign for a temple at the site where the 16th-century Babri mosque once stood, laid a silver brick as part of the ground-breaking ceremony.