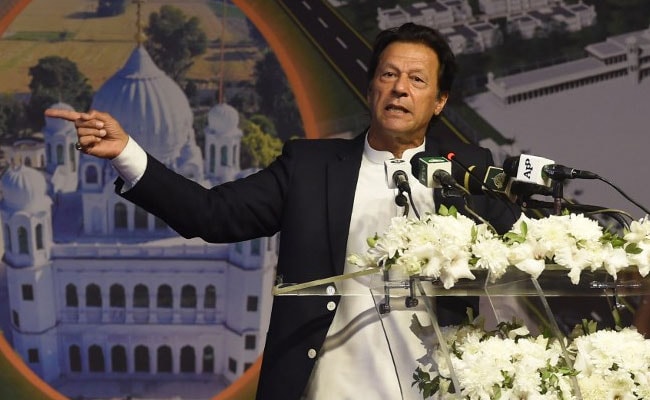 Pakistan earlier invited Ms Swaraj for Wednesday's ceremony. Ms Swaraj was however, unable to travel to Kartarpur Sahib due to "prior commitments". India was represented at the Kartarpur corridor events by Union ministers Harsimrat Kaur Badal and Hardeep Singh Puri.

Though the suggestion for the move went from India years ago, Mr Qureshi said that the opening of the Kartarpur border was a "big achievement" of the Imran Khan government, which on Thursday completed the first 100 days in office after winning the general elections in Pakistan.

A googly is a leg-spinner's prize weapon, which is almost undetectable.

Despite Islamabad's inaction against terror groups in Pakistan, Mr Qureshi went on to accuse the Indian government, alleging that it was them that had said they will not engage with Pakistan.

He also alleged that India refused to engage even after Imran Khan wrote a letter to Prime Minister Modi to resume bilateral talks.

India however, had agreed to a meeting between Sushma Swaraj and Pakistan's Foreign Minister Shah Mahmood Qureshi on the sidelines of the UN General Assembly in New York. But hours after India agreed to the meeting, there were brutal killings of three policemen in Jammu and Kashmir which had backing from Pakistani terrorists. Imran Khan's government then also released postage stamps "glorifying" terrorist Burhan Wani. Following these events, India cancelled the talks that were agreed to.

Mr Qureshi also said that "Tensions with India are not hidden from anyone, but our approach is people-centric and we need peace for people to prosper. We need peace in order to speed up the development of our country." He then recalled that "Imran Khan said he will take two steps for every one step India takes."

Mr Qureshi said that Pakistan's government has now carved out from scratch the country's foreign policy priorities. He said government was committed to have peaceful ties with all neighbours. He also said that Pakistan had set up institutional framework with Afghanistan to settle all problems.