Climate change: "...You need to take action now against the climate crisis, not just talking about it," Greta Thunberg said in a video message to Prime Minister Narendra Modi Greta Thunberg, a 16-year-old climate activist from Sweden who in August last year became the face of a 'school strike' outside the Swedish parliament building, has asked world leaders not to ignore the impending consequences of runaway climate change. One of the leaders the young girl mentioned in a message to digital video publisher Brut India was Prime Minister Narendra Modi.

"Dear Mr Modi, you need to take action now against the climate crisis, not just talking about it because if you keep going on like this, doing business as usual, and just talking about and bragging about the little victories, you are going to fail. And if you fail, you are going to be seen as one of the worst villains in human history in the future. And you don't want that," said the young climate activist who has been diagnosed with Asperger syndrome.

Ms Thunberg's speech at the United Nations Climate Change Conference or COP24 in December last year was well-received by activists as well as political leaders. "...We need to keep the fossil fuels in the ground, and we need to focus on equity. And if solutions within the system are so impossible to find, maybe we should change the system itself," she had told a crowd of politicians, climate scientists and journalists in Poland.

"We have not come here to beg world leaders to care. You have ignored us in the past and you will ignore us again. We have run out of excuses and we are running out of time. We have come here to let you know that change is coming, whether you like it or not. The real power belongs to the people," she had said. 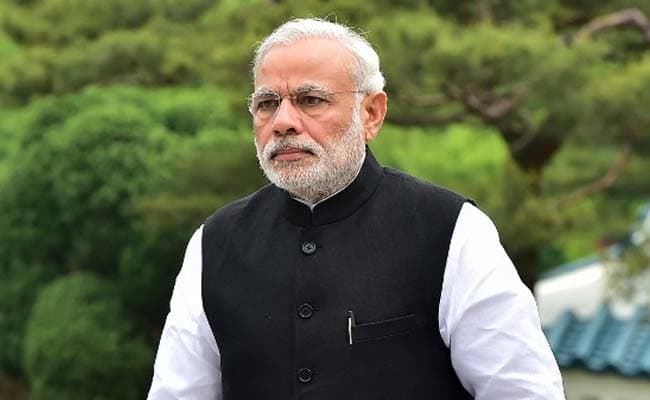 India is working towards reducing its emissions but with keeping growth firmly on top priority. The PM Modi-promoted International Solar Alliance that has 121 member nations so far aims to mobilise billions in investments by 2030 to drive growth of solar power generation. It is the only treaty-based inter-governmental organisation based out of India, all for tackling the challenges of climate change.

US President Donald Trump is one of the world leaders who has clearly indicated climate change is not a threat, either to the US economy or the world at large. Mr Trump had dismissed a report by his own government in November last year that said unchecked global warming would hurt the country's economy. "I don't believe it," Mr Trump had said, angering environment scientists and activists.