A close analysis of pre-blast and post-blast imagery indicates four likely bomb entry points on the roof of the largest structure at the Balakot camp.

Post-strike images of the Jaish-e-Mohammed terrorist training camp in Pakistan's Balakot appear to show bomb impact points on a large structure in addition to significant damage on the ground at the site.

NDTV has learnt that the IAF used the "penetrator" variant of the weapon, which is designed to pierce buildings and structures but not necessarily bring them down. 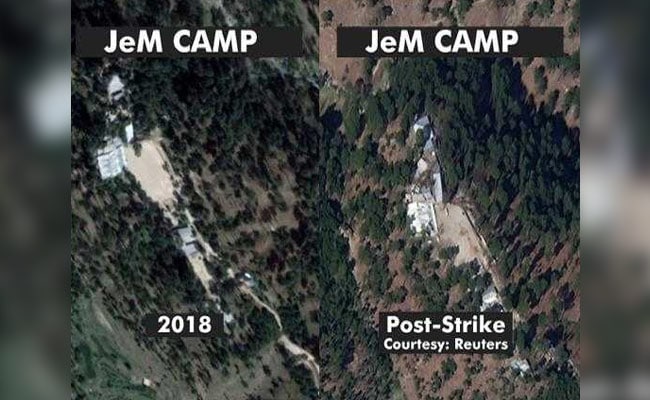 Reports citing satellite images from Balakot claimed no damage to the structures.

According to the military aviation specialist Angad Singh, "big penetrators [like the SPICE 2000] spend most of their mass on the casing". "There is no hard and fast rule that a 2000-lb class bomb will wipe out half a hillside," he said.

Earlier on Wednesday, news agency Reuters, quoting satellite imagery experts, had disputed the claim of the Indian Air Force and the Government of India that they had successfully struck the Jaish-e-Mohammed's Balakot camp. 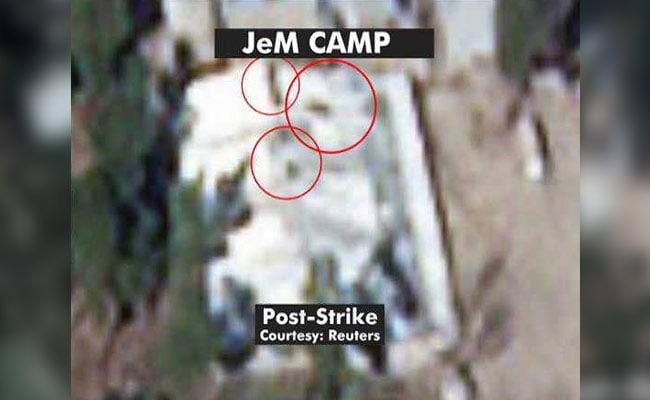 A closer look at the images show a number of points where the bombs may have penetrated.

According to Jeffrey Lewis, Director of the East Asia Nonproliferation Project at the Middlebury Institute of International Studies, "The high-resolution images don't show any evidence of bomb damage."

However, a closer analysis of pre-blast and post-blast images indicate four likely bomb entry points on the roof of the largest structure at the camp.

It also shows significant changes on the ground and possibly structures a short distance from the building mentioned above. 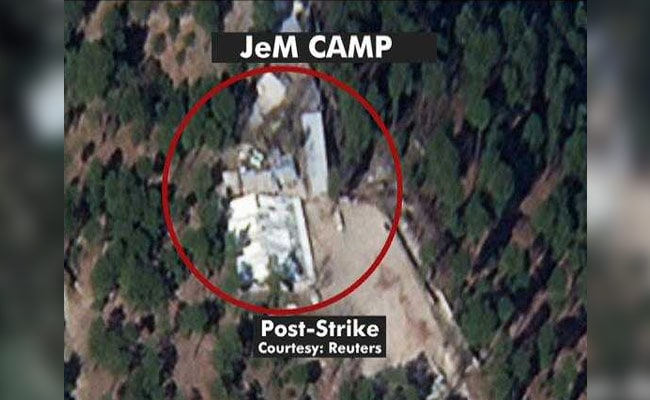 According to Colonel Vinayak Bhat, a retired satellite imagery expert, the images accessed first by The Print "show four dark spots on roof, missing tents and burnt earth but walls and buildings intact".

NDTV has learnt that the government is in possession of detailed satellite imagery of the Jaish-e-Mohammed camp but it is unclear why these images have not been released as yet. On Monday, the Chief of Air Staff BS Dhanoa said, "The target has been clearly amplified by the Foreign Secretary in his statement and if we planned to hit the target, we hit the target... otherwise why would they (Pakistan) have responded? If we had dropped bombs in the jungle, there would have been no need to respond."

He, however, said it was not up to the IAF to "count casualties" on the ground.

Government sources have indicated off the record that up to 300 terrorists may have been killed in Balakot but has not released any evidence of this yet.