Hyderabad weather update: The city has been seeing heavy rain and waterlogging for the last few days. 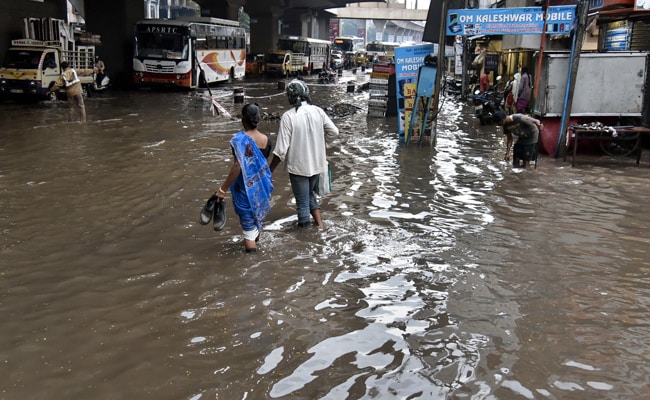 Hyderabad news: The city has been seeing heavy rain and waterlogging for the past few days

A man who was washed away from the road in floodwaters on Sunday was found dead in Saroornagar tank in Hyderabad. The body was recovered after 20 hours.

"Due to heavy rain, a mishap had taken place in the Tapovan colony of Saroornagar. A resident, Naveen Kumar had gone to Saroornagar for work. Naveen was washed away in floodwaters from the surrounding area into the Saroornagar tank," Mahesh Bhagwat, Commissioner of Police, Rachakonda told news agency ANI.

"As soon as he was washed way, the state disaster response force was called in and later the NDRF (National Disaster Relief Force) too was called for additional support," Mr Bhagwat said, adding that, "rescue teams had been searching for him since morning...".

"We will also try to provide compensation to the family of Naveen Kumar," the senior police officer added.

"This is a civic issue and the locals have been telling us that lately there had been a lot of encroachment in the area. We will bring this to the notice of the concerned authorities and do the needful. We will also be taking all security measures in the area," Mr Bhagwat said. Parts of Karnataka have been seeing very heavy rain and waterlogging in the past few days.