Poola Anthony was installed as a Cardinal at a ceremony presided by Pope Francis at St Peter's Basilica in Vatican City. 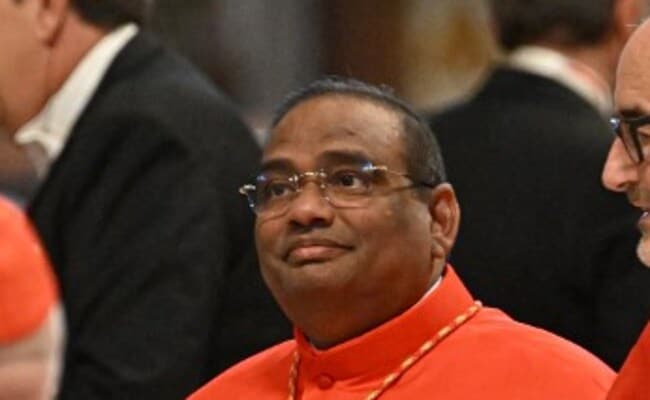 Poola Anthony was appointed as Archbishop of Hyderabad in November 2020.

Archbishop of Hyderabad Poola Anthony became the first Telugu person to be installed as a cardinal in the Vatican. The ceremony took place at St Peter's Basilica on Saturday in Vatican City and it was presided by Pope Francis.

It was a historic moment for Hyderabad, both Telugu states and India at large that the Archbishop of Hyderabad is one of the College of Cardinals of the Roman Pontiff to guide him in various matters, a press release from the Archdiocese of Hyderabad said on Saturday.

"This is truly a proud moment for all of us. A delegation from Hyderabad consisting of bishops, priests, relatives of the Archbishop and faithful went to Rome to witness this celebration," it said.

Sixty-year-old Anthony, a native of Kurnool district of Andhra Pradesh, in May was elevated as one of the Cardinals by Pope Francis.

He was ordained as priest in February 1992 and appointed as Bishop of Kurnool in February 2008.

He was appointed as Archbishop of Hyderabad in November 2020. The other Cardinal from India is Archbishop of Goa and Daman Filipe Neri Antonio Sebastao di Rosario Ferrao.