Huge Unemployment Due To Lack Of Skilling Mission After Independence: Union Minister

The Minister's observation came during the event 'Bharat ke Kaushalzaade' - an event honouring beneficiaries of its key skilling programmes- organised by the Rural Skills Division of his Ministry. 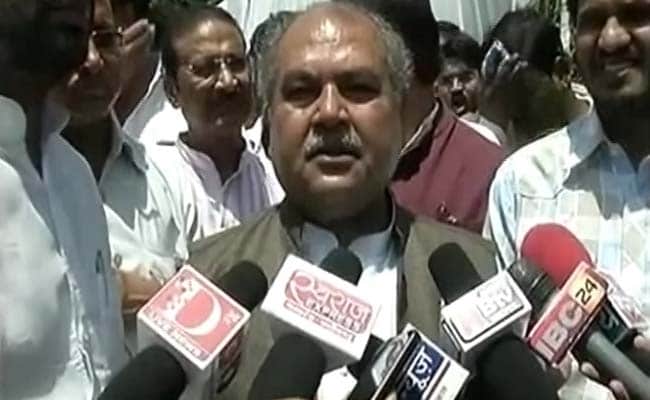 New Delhi: The problem of unemployment would not have acquired such proportions if India had initiated the skilling mission for its youth soon after Independence, Union Rural Development Minister Narendra Singh Tomar said here on Sunday.

The Minister's observation came during the event 'Bharat ke Kaushalzaade' - an event honouring beneficiaries of its key skilling programmes- organised by the Rural Skills Division of his Ministry on the eve of Antyodaya Diwas, when the Deen Dayal Upadhyaya Grameen Kaushalya Yojana (DDU-GKY) and Rural Self Employment Training Institutes (RSETI) with an objective of building capacity of rural youth were launched.

Mr Tomar said that Prime Minister Narendra Modi set up the Skill Development Ministry after he came to power in 2014.

According to an official release, the Ministry has so far skilled 5.05 lakh rural candidates under DDU-GKY and has also been conducting skills training for self-employment through RSETI "with a total of 14.09 lakhs candidate skilled and 9.70 lakhs candidates settled till date".

Minister of State for Rural Development Ram Kripal Yadav said that after getting training through RSETIs and DDU-GKY, the youth are earning around Rs 10,000 to Rs 30,000 per month.

On the occasion, 'Kaushal Panjee' (Skill Register), a mobilisation platform, was also launched.

The platform aims to be "citizen centric end-to-end solution to aid mobilisation of candidates for RSETIs and DDU-GKY".

Promoted
Listen to the latest songs, only on JioSaavn.com
"RSETIs and DDU-GKY partners can access the Kaushal Panjee to connect with the rural youth. Kaushal Panjee is connected to the Social Economic Caste Census (SECC 2011) which will help the states plan and target their mobilisations based on the socio-economic profile of households in their state," the release said.

A new logo for RSETI was also unveiled at the event.