Prashant Kishor's primary responsibility will be to manage the JD(U)'s campaign for the 2019 polls. 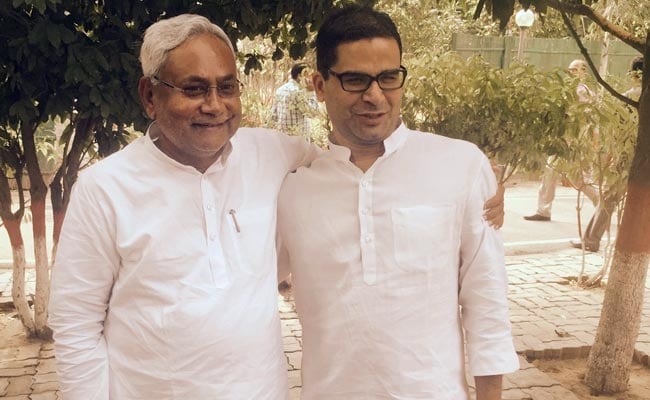 The 41-year-old was today declared national vice president of the Janata Dal (United), second only to its president, Nitish Kumar.

Mr Kishor who is credited with crafting a winning poll strategy for Prime Minister Narendra Modi in 2014, is seen to be close to Nitish Kumar. When he joined the party, the Chief Minister told NDTV: "He is the future I tell you."

Spokesperson KC Tyagi said Mr Kishor's appointment would help the party reach out to social segments out of its traditional support base.

"I am grateful for the responsibility and the honour of leading the party. I am committed to Bihar and Nitish ji's's idea of social justice with development," Mr Kishor tweeted.

The move has caused heartburn in the ranks even though Nitish Kumar sounded out almost all his senior party colleagues about the debutant's incredible promotion.

Prashant Kishor's primary responsibility will be to manage the party's campaign for the 2019 polls and take on the challenging job of coordinating with the BJP while making sure its candidates get a good bargain in seat-sharing.

Nitish Kumar, say sources, wants to assess Mr Kishor on how he delivers on his strategic skills when it comes to votes on the ground. The ruling party's committed vote bank has remained below 20 per cent despite Nitish Kumar being voted to power for three consecutive terms since 2005.

Sources say Nitish Kumar believes that Mr Kishor's skills can help him navigate alliance politics at a time the BJP under PM Modi and its president Amit Shah are seen to be ceding very little ground to its allies.