How Israel Helped India Win The Air War During Kargil

On June 24, 1999, a Mirage 2000 commanded by Wing Commander Raghunath Nambiar pulsed a laser from the Litening pod mounted on his Mirage onto Pakistani Army structures on top of Tiger Hill. 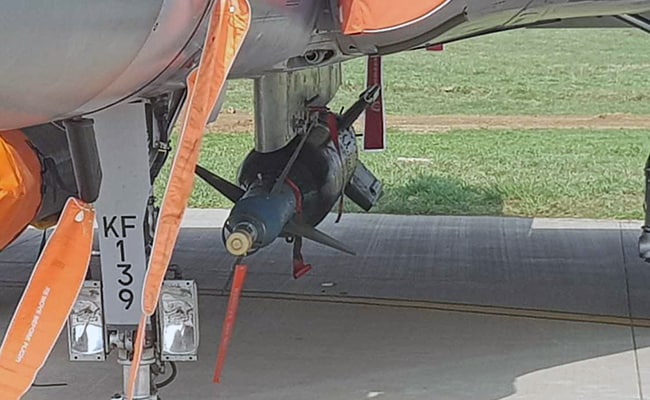 Twenty years ago, as a 24-year-old journalist, I had flown three sorties on Indian Air Force Mirage 2000 fighter-bombers in July 1999 as the Kargil war wound down.

The stories, which focused on the role of the Indian Air Force in the high-altitude fight, were done with some strict ground rules - I was never to report what I saw and heard of the integration of a key piece of Israeli-kit on the Mirages, a modification so critical that it helped the IAF turn the corner in operations during the war.

That key piece of equipment was the Israeli Litening laser designator pod, which, when 'pulsed' (fired), marks targets with an invisible beam. This beam is essentially the "path" that laser-guided bombs follow on being launched. The bombs track the laser and fly to the precisely selected point of impact.

On June 24, 1999, a Mirage 2000 commanded by Wing Commander Raghunath Nambiar pulsed a laser from the Litening pod mounted on his Mirage onto Pakistani Army structures on top of Tiger Hill. Moments later, the target was demolished - the first successful use of a laser guided munition by the Indian Air Force in combat.

In 1997, two years prior to Kargil, India had signed a contract for the Israeli pods. Fifteen were to be procured for the Jaguar aircraft and five were meant for the Mirage 2000 squadrons. These were to be used in conjunction with the US supplied Paveway laser guided bomb kit but, as a result of US sanctions following the Pokhran nuclear tests in 1998, India never received the fuses it needed to make the Paveway bombs work. What's more, software linked to the Mirage 2000's weapon delivery system had never been modified since the aircraft was acquired from France in 1985.

"We received Israeli help," says Air Marshal Nambiar pointing to a process where Israeli technical experts worked with the IAF's Aircraft and Systems Testing Establishment (ASTE) to ready the Litening/Paveway combination for strikes in Kargil. "There were three problems with integration. We had never integrated the Litening pod, the Paveway was not ready and we didn't have the [correct] fuses," he says.

The process to sort out the IAF's problems couldn't have come a day later. Indian Air Force fighters, such as MiG-27s and MiG-21s were not able to accurately hit their targets in the Kargil heights and were exposed to Pakistani shoulder-mounted surface to air missiles (SAMs) since they had to fly in very close to the targets to try and hit them. Two IAF aircraft, including a MiG-21 fighter and a Mi-17 helicopter were lost to Pakistan Army SAMs - five IAF personnel were killed.

The Mirage 2000 upgrade began in Bengaluru and continued to Gwalior where the IAF bases its Mirage 2000 squadrons. A handful of fighters were readied. 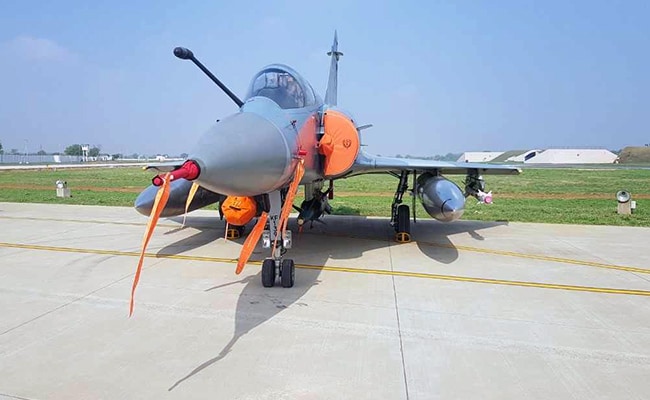 Three Mirage 2000s took off at 6:30 am from Adampur in Punjab. ''Tiger Hill was spotted from about 50 km distance in the Litening Pod and we were thrilled to see there was not a speck of cloud around'' says Air Marshal Nambiar who was tasked to drop the first Paveway laser-guided bomb.

"I had altered heading to place the aircraft track directly at a set of seven Arctic tents perched precariously on the South face of Tiger Hill," he says.

The attack on Tiger Hill had commenced.

"At 28 kilometres, I pulsed the laser to designate the target for the first time. The Litening Pod instantly ranged the distance to target. I repeatedly re-designated the target as it became more discernible when we closed in. At the release range, I pressed the trigger and we felt the aircraft jerk upwards as it suddenly shed 600 kg of load."

"The time of flight of a laser-guided bomb under the delivery conditions that we had dropped it in was under thirty seconds, but to us in the cockpit it appeared as an eternity. Our joy knew no bound as the entire video image of the target burst out into a soundless explosion," he says.

That video, broadcast first on NDTV, made international headlines - and was a clear demonstration of capability and India's intent.

The integration of the Litening pod with the Paveway bombs had been a resounding success. Nambiar went on to launch five of the eight laser guided bombs the IAF fired during Kargil.

This was not the last time that the Litening and Paveway would be used against Pakistani forces.

Three years later, on August 2, 2002, just months after Indian and Pakistani forces ended their standoff following the terrorist attack on parliament, the IAF targeted a Pakistani post that had not been vacated on a ridge line in the Kel sector of Jammu Kashmir, approximately four kilometres inside Indian territory.

"We won't tolerate nonsense" was the message says Air Marshal Rajesh Kumar, the IAF's Air Officer Commanding in Chief of its Central Command. Rajesh Kumar was one of the pilots on four Mirage 2000s deployed to hit the Pakistani post located at a height of 12,000 feet. "There were two objectives - send them a message. But we did not want to start a war" says Air Marshal Kumar. Key to that objective was ensuring that the bombs hit their target accurately. "If you missed one ridge, you would have hit Kel itself (a village in Pakistan-occupied Kashmir)."

By now, the Indian Air Force had upgraded Litening pods and laser-guided bombs at its disposal. These were used in clearing the ridge line of Pakistani intruders in a operation the IAF has never officially spoken about till Monday.