The investigating agency has confirmed to NDTV that the March 3, 2016 meeting of the CBI chief with bankers at a top hotel was planned.

By a strange coincidence, the day Vijay Mallya flew out of Mumbai was the day then CBI director Anil Sinha had flown into the city for a bankers' summit. Unknown to the CBI chief, the two missed each other just by a few hours at the airport. And when immigration authorities did their duty of informing the CBI about Vijay Mallya leaving with his considerable excess baggage on a flight from Mumbai, the director happened to be somewhere in the city, surrounded by the liquor baron's angry creditors.

The investigating agency has confirmed to NDTV that the March 3, 2016 meeting of the CBI chief with bankers at a top hotel was planned.

Apart from top banking executives, Chief Minister Devendra Fadnavis was also present. As news of Mallya's flight just hours ago trickled to the bankers, the CBI chief took the full force of their fury. They all demanded to know from Mr Sinha how his agency let Mallya go despite an FIR against him since July 2015.

The CBI has defended itself saying it didn't consider Vijay Mallya a flight risk.

But NDTV has learnt that the investigating agency may be misleading us with this statement.

For one, issuing a lookout notice is a standard procedure in all economic crimes since 2009 for the investigating agency. Ever since the Supreme Court judgement in the Suresh Nanda vs CBI case, it is illegal for the CBI to impound passports without proper procedure.

However, a former director, Ashwani Kumar, had put into practice a discreet way in which after obtaining the passport number, the agency would issue Lookout Circulars to immigration for any person facing investigation. This is done right at the stage of searches or raids on an individual. 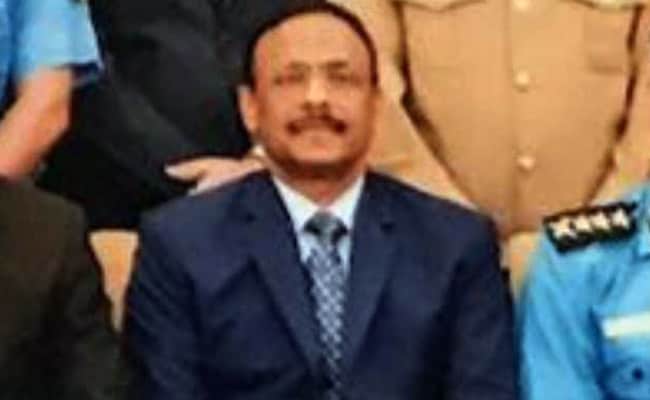 There are two types of notices - one for outgoing flights that says the accused should be detained and the agency putting out the notice should be informed, and the second type for those arriving from abroad, which says that their entry should be noted but no detention is needed.

Such notices are modified only when there is a legit reason for a person under scrutiny to travel, for instance, for a seminar or to visit an ailing parent.

In Vijay Mallya's case, there were violations at several levels.

First, the CBI's argument that there was no evidence is not a valid reason to modify or change the Lookout Notice from "detain" to simply "inform". In bank cases, investigation and evidence gathering takes time and this was just a few months into the probe.

The CBI's explanation that Mallya was regularly turning up for questioning - on December 9, 10 and 12 - also doesn't wash as a reason to downgrade the notice as it was done much before the questioning.

As news travelled about Mallya's flight to the UK with all his baggage, it was the Intelligence Bureau - which controls the immigration department - that was the first to get hauled up. They pinned the blame on the CBI's letters and directions, and that's when the violations came out.

The first circular was issued on October 16, 2015, and it was modified a month later on November 24.

The second violation was that even though this was a Rs 9,000 crore case, the notice was modified without the CBI chief's permission being sought. The rules say a joint director can take decisions only in scams worth upto Rs 60 crores.

Perhaps because of this, Anil Sinha flew back from the bankers summit in Mumbai fuming, CBI insiders told NDTV.

Sources say he had no idea about the lookout notice being modified. At the very next daily tea session, which the CBI director has with his officers, he reportedly reprimanded the Gujarat cadre joint director AK Sharma.

Sources say AK Sharma, now in charge of the Nirav Modi and the Punjab National Bank scam, stuck to his position that there wasn't enough evidence against Mallya to have a detention notice out against him.

CBI spokesperson Abhishek Dayal said the agency would not comment as "we have nothing further to add to the relevant information that is already in the public domain .''

To NDTV's question about the violations by the Mumbai banking branch in issuing the notice, he said: "These decisions are taken as a process within the organisation.''

What is unclear is why when all banking accused face the same detention order, the agency's branch chose to make an exception for Vijay Mallya, thereby letting him escape.