If Narayan Rane has become a BJP member, did he resign from his own newly founded outfit first, the Shiv Sena asked. 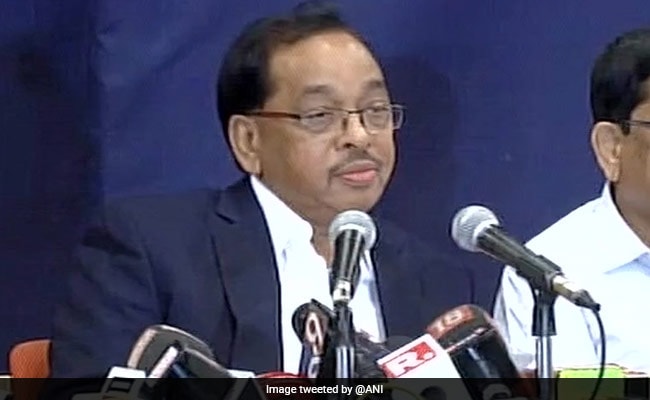 Mumbai: The Shiv Sena today asked how Narayan Rane could be the ally BJP's candidate for Rajya Sabha from Maharashtra when he is not a member of the BJP.

Mr Rane quit the Shiv Sena in 2005 on a bitter note and joined the Congress. He ended his association with the Congress in September 2017 to form Maharashtra Swabhiman Paksh, and declared support to the BJP-led NDA.

"From which party Narayan Rane has filed his nomination? If the BJP has made him a member, when did he accept BJP's membership?" senior Sena leader Anil Parab said, speaking to reporters in Mumbai.

If Mr Rane has become a BJP member, did he resign from his own newly founded outfit first, the Sena leader asked.

Promoted
Listen to the latest songs, only on JioSaavn.com
Congress has fielded veteran journalist Kumar Ketkar, NCP has fielded Vandana Chavan, while Anil Desai is the Sena's candidate.

As per the numbers in the Assembly, the BJP can win three Rajya Sabha seats and the Sena, Congress and NCP one each.
Comments
Narayan RaneAnil ParabShiv Sena