External Affairs Minister S Jaishankar was received by Momen and High Commissioner of India to Bangladesh Riva Ganguly Das upon his arrival. 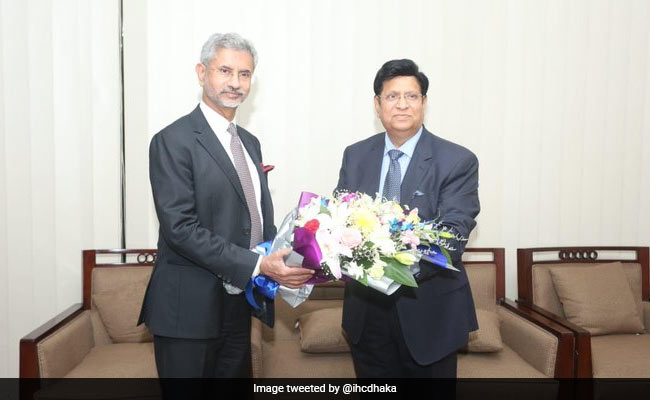 External Affairs Minister S Jaishankar on Monday said he is hoping to hold productive and engaging discussions on strengthening the bilateral relations between India and Bangladesh.

He made the comments after he arrived in Dhaka on a two-day visit to the country.

Mr Jaishankar was received by Momen and High Commissioner of India to Bangladesh Riva Ganguly Das upon his arrival. "Bangladesh is an important partner for India and a central pillar of the 'Neighborhood First' policy," High Commission of India in Bangladesh tweeted.

This is the External Affairs Minister's first visit to Bangladesh since assuming office in May. During the visit, he is scheduled to hold talks with his Bangladeshi counterpart AK Abdul Momen and meet Prime Minister Sheikh Hasina.

Issues like water sharing and Rohingya crisis are expected to be discussed during the negotiations.

On August 7, Bangladesh Home Minister Asaduzzaman Khan and his Indian counterpart Amit Shah had co-chaired the seventh round of Home Minister-level bilateral talks in New Delhi. Both sides discussed issues of bilateral interests including strengthening cooperation in border management and security.