The contributions in ''Bharat Ke Veer'' is a fund-raising initiative by Home Ministry on behalf of members of the Indian paramilitary forces. 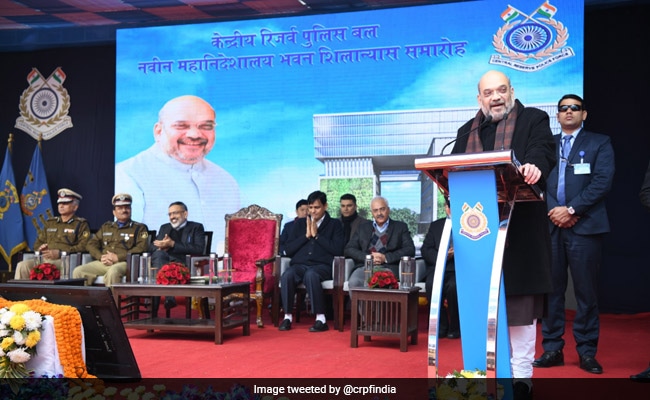 The contributions in ''Bharat Ke Veer'' are exempted from income tax. (File)

A high-level meeting chaired by Union Home Minister Amit Shah to review the status of ''Bharat Ke Veer'' fund-raising initiative by his Ministry on behalf of members of the Indian paramilitary forces, is currently on.

The contributions in ''Bharat Ke Veer'' are exempted from income tax. A number of corporate houses and individuals have come in support of the kin of CRPF personnel, who lost their lives during the ghastly Pulwama attack on February 14 last year.

As many as 40 CRPF jawans were killed when a suicide bomber of Pakistan-based Jaish-e-Mohammad terror outfit rammed an explosive-laden vehicle into the convoy of security forces in Pulwama. They were 2,500 in all and were travelling to Srinagar in 78 buses from Jammu.