Mr Kotecha was quoted by The Hindu as claiming the video of his comments had been manipulated; he also said that his speech had been disrupted by "hooligans"

DMK MP Kanimozhi has hit out at reports that Ayush Ministry Secretary Rajesh Kotecha asked non-Hindi speaking yoga teachers and medical practitioners to exit a central government webinar if they did not speak or understand the language.

Ms Kanimozhi, who earlier this month said it was "shameful" to equate knowledge of Hindi with nationalism and called out an instance of language bias at an airport, said the alleged incident was "highly condemnable" and wrote to Ayush Minister Shripad Naik to demand an inquiry into the matter.

Ms Kanimozhi began the letter by wishing Mr Naik a speedy recovery from coronavirus; earlier this month he became the fifth union minister to be infected by the virus.

She then went on to remind Mr Naik about "the promise made by then Prime Minister Jawaharlal Nehru... on the floor of the Lok Sabha that as long as non-Hindi speaking states require English as an associate language, it will continue...".

"I urge you to order an inquiry... and take action against all officials who have acted in a manner discriminating (against) our fellow citizens on the basis of language," she wrote.

She also asked that all officials of the ministry be directed to conduct all meetings in English, with translations to be made in Hindi wherever and whenever needed.

My letter to the Honorable Union Minister @shripadynaik on the reported hindi imposition.#StopHindiImpositionpic.twitter.com/Wzlib2f9fl

Mr Kotecha has been quoted by The Hindu as claiming the video of his comments had been manipulated. According to the report, Mr Kotecha said his speech had been disrupted by "hooligans".

The report also quoted programme participants as saying they had tried to explain the language problem , but were told that they (the speakers) were not fluent in any other language.

In a 40-second video clip that has been circulated online, Mr Kotecha can be seen saying: "Whoever wants English can leave... I am comfortable in Hindi and would prefer speaking in Hindi..."

NDTV has not been able to independently verify the authenticity of the video.

Ms Kanimozhi spoke to NDTV and said it was like "excluding one part of the country".

"It is like excluding one part of the country. Why do you have to do that? You can at least make an effort to put subtitles. I don't think any officer has the right to say, ‘I am going to speak only in Hindi, you can leave if you don't understand," she said.

"Why cant they make an effort to learn both languages so they can communicate with everybody? We're questioning the imposition of one language," she added.

She also posted a series of tweets on the incident.

Govt should place the Secretary under suspension and initiate appropriate disciplinary proceedings. How long is this attitude of excluding non Hindi speakers to be tolerated ?

"The statement of Secretary of the Union Ministry of Ayush Vaidya, Rajesh Kotecha, that non-Hindi speaking participants could leave during a ministry training session, speaks volumes about the Hindi domination being imposed. This is highly condemnable," she said in one of her tweets

The Lok Sabha MP from Tamil Nadu's Thoothukudi then repeated her tweets in Tamil. 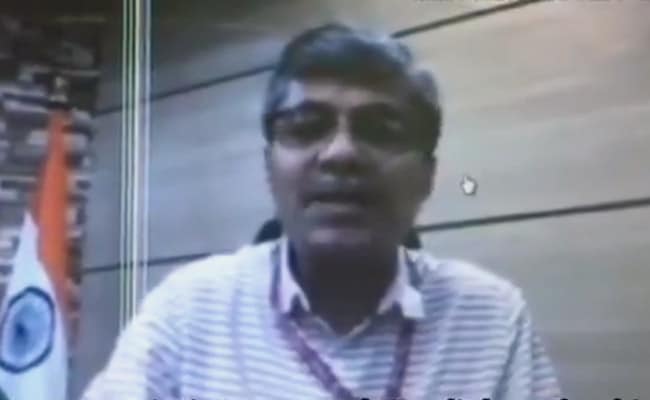 Actor-politician Kamal Haasan, who launched his party - Makal Needhi Maiam - ahead of last year's Lok Sabha polls, also spoke up on politics over language, which is a sensitive subject in the southern states.

"Don't forget this is the government of India, not a Hindi government. It is the government's responsibility to function in a language all understand," he said, while also taking a swipe at doctors who practice "our medicine without understanding Tamil".

Language has always been an emotive issue in Tamil Nadu, where the National Education Policy (NEP) 2020, which proposes teaching in either the mother tongue or the regional language till Class 5, has been stirring up controversy.

Calling it imposition of Hindi, the state - where the AIADMK, an ally of the BJP, is in power - has rejected the centre's three-language formula in schools - two of which should be native. The opposition, including the DMK, has also opposed the NEP and called for a review of the sweeping reforms it has proposed.

Ms Kanimozhi, who is a MP from the DMK, told NDTV that learning additional languages should be the "choice of the student".

In the 1960s, there was a massive anti-Hindi agitation in the state after the Congress, which was in power at the centre then, attempted to make Hindi the official language.