BJP War Room In Himachal Pradesh Is All Go, Congress, Not So Much

The last election when Virbhadra Singh, a six-time Chief Minister, was re-elected was in the mid-1980s. Since 1993, he and Prem Kumar Dhumal, 73, have by turns, been Chief Minister. If this trend continues, it is the BJP's presumptive chief minister's turn.

SHIMLA: Shortly after lunch on Thursday, dozens of young men and women are busy on the phone at the BJP's headquarters in Shimla, delivering a personal invite to voters in constituencies across north and south Himachal Pradesh, the catchment area for Prime Minister Narendra Modi two rallies in Kangra and Sirmaur on Thursday. "Please do come...," the young volunteer says persuasively. As soon as the call ends, it is time to make another.

This is the BJP's war room for the 9 November election to the state's 68 seats; the nerve center of its aggressive campaign to trip Chief Minister Virbhadra Singh, 83, in a state that hasn't returned the ruling party in years.

The last election when Virbhadra Singh, a six-time Chief Minister, was re-elected was in the mid-1980s. Since 1993, he and Prem Kumar Dhumal, 73, have by turns, been Chief Minister. If this trend continues, it is the BJP's presumptive chief minister's turn.

But there is nothing to indicate that the BJP is taking any chances.

Or for that matter, that the Congress has a cohesive approach in place to put up a stiff fight.

Five kilometres away, a short walk from Shimla's famous Mall Road is the Congress' state headquarters, Rajiv Bhawan from where the ruling party is running its version of the war room from the six rooms earmarked for election work. 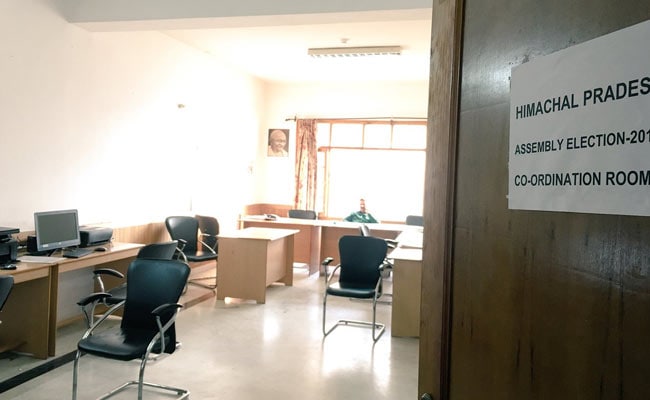 This room in Rajiv Bhavan, the Himachal Congress headquarters is part of the party's war room.

On Wednesday, however, the building and its election centre was deserted. Except for four people; three of them cooped up in the corner watching a video on a phone. The fourth was a woman sitting in the social media room talking at leisure on the phone again. 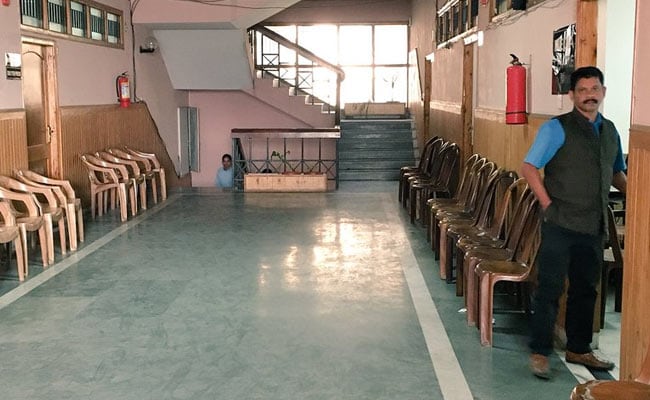 And this was just a few hours after the Congress' state leadership led by Virbhadra Singh had released the party's manifesto for the election eight days later. "They must have gone for some meetings," a Congress leader later said defensively.

In sharp contrast, the BJP started its war room across three floors of the party headquarters last year. "We have been at work since then," a BJP leader in-charge of one section said.

In all, the war room is staffed by 150 people in shifts round the clock. Most of them have been tasked to reach out to voters on phones and get a sense of the voter concerns. That feedback is collated by a dozen-strong team in a format that lets analysts identify the gaps in its campaign.

Elsewhere in the building that has CCTV cameras monitoring every inch, another section leader showed how a group of creatives play around with pictures and videos to power the BJP's social media campaigns. These would be circulated on WhatsApp and social media, a party leader said.

"We keep tracking of what people are sharing, what the Congress and its supporters are saying and how it can be countered," said a BJP leader.
Comments
Himachal Pradesh elections 2017PM Narendra ModiBJP and Congress War Room