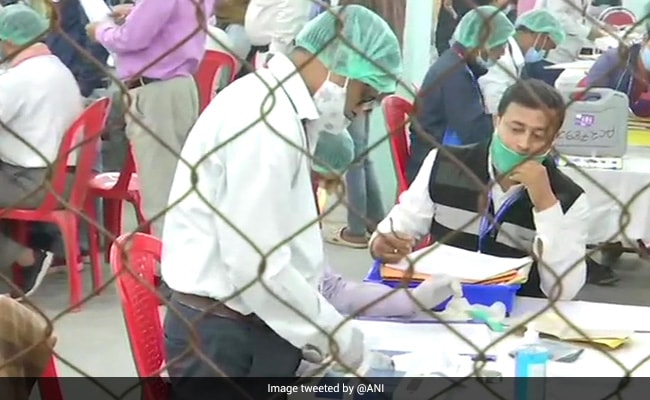 The Congress has completed a stunning clean sweep of bypolls in BJP-ruled Himachal Pradesh, winning all three Assembly constituencies and the one Lok Sabha seat on offer.

The party's emphatic win comes months before the state votes for a new government and increases pressure on Chief Minister Jai Ram Thakur, who might now be looking over his shoulder given the BJP's readiness to change chief ministers in party-ruled states, particularly when polls are due.

The party has already replaced Vijay Rupani in Gujarat, which also votes next year.

"I accept the results and congratulate the winners. The BJP fought hard, but the results are not in keeping with our expectations. We will definitely study the lessons learned in these bypolls and learn for the future... for the 2022 election," Mr Thakur told reporters.

The Chief Minister played down the significance of the Congress' win , saying it did not mean the party would win the 2022 election as well.

"Cannot say that because Congress won today, they will win 2022 election. We have seen often that a party that loses mid-term elections goes on to win the final election and vice versa," he said.

Mr Thakur also touched upon the result for the Mandi bypoll, where Pratibha Singh of the Congress has claimed victory; he said the party had won the seat after playing "an emotional card".

Pratibha Singh is the wife of Virbhadra Singh, the party's six-time former Himachal Chief Minister, who died in July. His death also triggered a bypoll for the Arki seat, which the Congress has retained.

The bypoll here was held because sitting MP Ram Swaroop Sharma of the BJP died in March.

The Chief Minister and Union Minister Anurag Thakur were among the big names on the campaign trail ahead of the bypolls in Arki, Fatehpur, Jubbal-Kotkhai, and Mandi.

Jubbal-Kotkhai has been won by the Congress' Rohit Thakur.

The BJP candidate for that seat - Neelam Seraik - secured less than 2,600 votes and is likely to lose her deposit. An independent candidate, Chetan Singh Bragta, finished second, 6,293 votes behind, according to data from the Election Commission website.

The bypoll for this seat was necessitated because sitting BJP MLA Narinder Bragta died in June.

In Fatehpur (a Congress stronghold for over a decade) Bhawani Singh Pathiani has retained the seat left empty after the death of his father - MLA and former minister Sujan Singh Pathania - in January.

And in Arki, the Congress' Sanjay Awasthy beat the BJP's Rattan Singh Pal by 3,219 votes.

Last week bypolls were held for three Lok Sabha seats (the other two are in Madhya Pradesh and the Union Territory of Dadra and Nagar Haveli) and 29 Assembly constituencies.