Himachal Pradesh Election 2022: A Look At The Complete Schedule 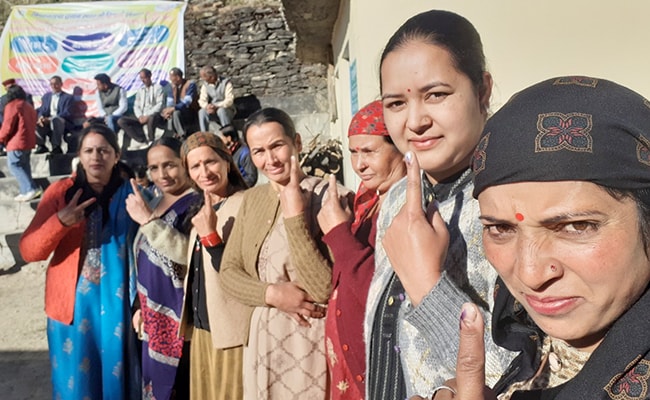 Himachal Pradesh is voting in a single phase on November 12. The counting of votes will take place nearly a month later on December 8. The Election Commission announced the elections dates on October 14. The Himachal Pradesh Assembly has 68 seats and the majority mark is 35. The current term of the Assembly will end on January 8.

The BJP is looking to win a historic second term in a state which is known for voting out the incumbent.

In the 2017 polls, the BJP had formed a government after winning 44 seats. The Congress won 21 seats. However, BJP's chief ministerial candidate PK Dhumal, who contested from the Sujanpur constituency, had lost to Congress' Rajinder Rana. Former chief minister of Himachal Pradesh, Virbhadra Singh of Congress, had won from the Arki Assembly seat in Solan. The hill state had witnessed a record turnout of 74 per cent in the last assembly elections.

BJP had campaigned aggressively in Himachal Pradesh and Gujarat for the 2017 assembly polls and emerged victorious in both the states. The people of the hill state have been alternating power between the BJP and Congress since 1985.

This year, the Aam Aadmi Party (AAP) will be making its debut in the Himachal Pradesh Assembly elections. The Arvind Kejriwal-led party has fielded candidates for all 68 seats of the state assembly.