Kavach Z, one of the systems, provides 360 degree situational awareness to the defending forces by detecting object approaching from as far as 200 meters away. It has the ability to detect, track and classify objects as threats. 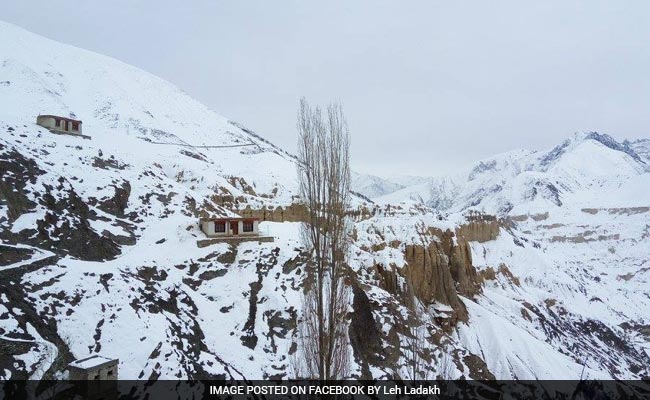 The devices are introduced for growing border security and surveillance needs. (Representational)

As the Leh region prepares for the harsh winter, the armed forces have taken extra measures to check infiltration by adopting high-tech surveillance equipment along the border.

"Such technologies are always an extra helping hand, especially considering the extreme weather condition the (Leh and Kargil) region faces during winter. Often our equipment fail to function properly due to severe snowfall. Having another level of technology is always a boon," said an army officer who did not wished to be named.

Kavach Z, one of the systems, provides 360 degree situational awareness to the defending forces by detecting object approaching from as far as 200 meters away. It has the ability to detect, track and classify objects as threats.

According to the Cron sources, the company has also signed an MoU for a strategic collaboration to upgrade detection features of the Kavach Z series for Indian Army.

Another product, Cron Geosight, is an advanced 3D scanner for surveillance and mapping. Its robust design makes it capable of providing reliable results even in extreme environmental conditions.

"Most of the terrain and places where armed forces are deployed or where their vehicles navigate suffer from zero visibility and lack of mapping. The device helps to classify a threat and a non-threat on the mapping screen by differentiating between a person and animal by using colour coding," Tushar Chhabra, co-founder and CEO of Cron Systems, told IANS.

"Our technology comes with a guarantee that it will smoothly function even when the temperature is around minus 40 degree Celsius," he added.

Mr Chhabra also said the company has taken the initiative to open a technology centre in Leh to provide technical support and maintenance for the crucial equipment of the forces.

"When the army's equipment fails, the forces have to wait for maintenance to bemade available because of the inaccessibility of a service station. Our centre will ensure that service is provided without delay," Mr Chhabra stated.