The Pakistan national was arrested in Roorkee on January 25, 2010 during the Mahakumbh under Official Secrets Act, Foreigners Act and Passport Act. 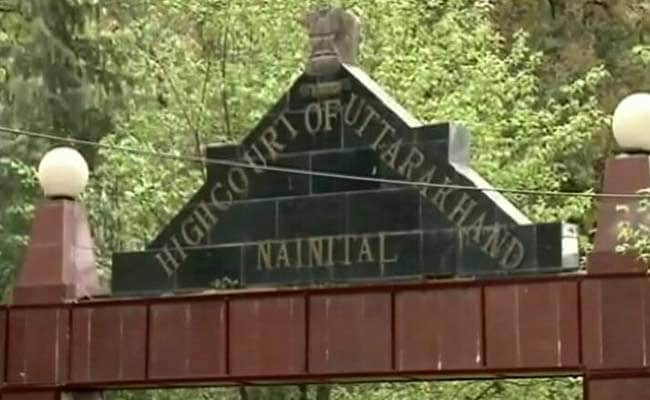 The court ordered that his bail bonds be cancelled and he be taken into custody. File

Setting aside the acquittal of a Pakistani national of the charge of spying in India, the Uttarakhand High Court today held him guilty and ordered his arrest.

The Pakistani national had been acquitted by a sessions court and had been residing in Roorkee.

He could not go back to Pakistan as he did not have the required travel documents, including a passport.

Hearing a petition by the state government challenging his acquittal by the sessions court, Justice Ravindra Maithani said there is enough evidence against Pakistani national Abid Ali alias Asad Ali alias Ajit Singh, a resident of Lahore, for espionage in India.

His bail bonds should be cancelled and he should be taken into custody, Justice Maithani said.

The Pakistani national had been arrested by the Uttarakhand police in Roorkee on January 25, 2010 during the Mahakumbh under the Official Secrets Act, Foreigners Act and Passport Act.

Maps of military institutions located in Meerut, Dehradun and Roorkee besides many suspicious and confidential documents, pen drives etc were recovered from him.

Boards of electrical fittings and a dozen SIM cards were also recovered from his residence.

After the registration of an FIR and trial in the case, a magisterial court found him guilty on several counts and sentenced him to seven years' imprisonment.

An appeal was filed on behalf of the accused against the sentence, after which the Additional District Judge (II) Haridwar acquitted him of all charges in July 2013.

However, due to issues regarding passport and other formalities, he could not go to Pakistan.

The government, meanwhile, challenged the sessions court's order in the high court, arguing that the lower court had wrongly ordered his acquittal.

Concurring with the prosecution's argument, the high court set aside his acquittal and cancelled his bail bonds, ordering his rearrest.