Earlier this month, Tarun Tejpal in a submission before the high court sought an 'in-camera' hearing of the Goa government's petition challenging his acquittal in the case, and sought its dismissal while raising preliminary objections on its maintainability. 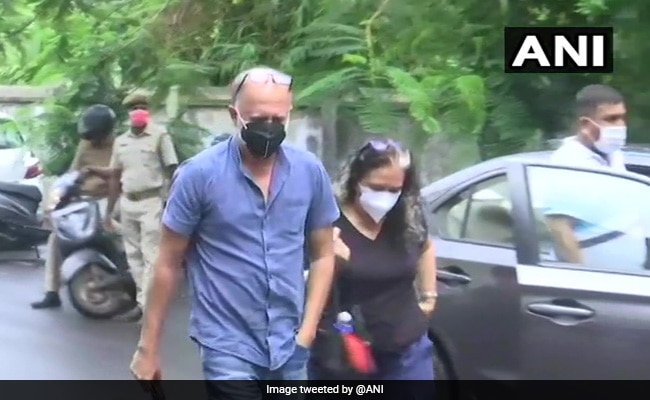 The Goa Bench of the Bombay High Court on Tuesday adjourned the hearing on the Goa government's appeal against journalist Tarun Tejpal's acquittal in a 2013 rape case, pending request before the Chief Justice for a hybrid (physical plus virtual) hearing.

The court fixed September 20 for next hearing.

Till now, the matter was being heard online.

On Tuesday, for the first time the matter was taken up physically, in the wake of the Goa government relaxing several COVID-19 curbs due to a drop in the number of the viral infection cases in the coastal state.

Earlier this month, Tarun Tejpal in a submission before the high court sought an 'in-camera' hearing of the Goa government's petition challenging his acquittal in the case, and sought its dismissal while raising preliminary objections on its maintainability.

However, Solicitor General of India Tushar Mehta, appearing for the Goa government, had at that time opposed Tarun Tejpal's request for the 'in-camera' hearing, saying the "country has the right to know how the institution dealt with the girl (victim)".

On Tuesday, state Advocate General Devidas Pangam and a lawyer representing Tarun Tejpal sought time from a bench of Justices MS Sonak and MS Jawalkar, as they are yet to file their applications before the Chief Justice for the hybrid hearing into the matter.

Pangam requested the bench to adjourn the matter by another two weeks to file the application before the Chief Justice.

The bench then fixed the matter for hearing September 20.

Solicitor General Mehta was not present in the court on Tuesday.

On May 21 this year, a sessions court acquitted Tarun Tejpal, the former editor-in-chief of the Tehelka magazine, in the case where he was accused of sexually assaulting his then colleague in a lift of a five-star hotel in Goa in November 2013 when they were attending an event.

Later, the Goa government filed an appeal against it in the high court.