In a bid to ensure optimum utilisation of resources, Railways has identified 25 such Shatabdi trains in which the fare cut could be implemented. 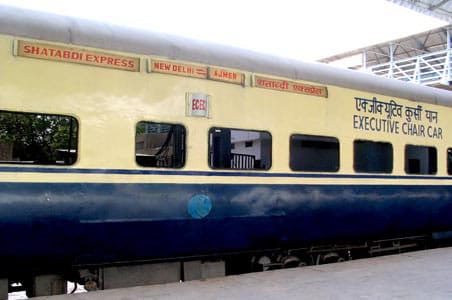 New Delhi: Riding on some Shatabdi trains, counted among the fastest trains in the country, may soon become cheaper.

Promoted
Listen to the latest songs, only on JioSaavn.com
In a bid to ensure optimum utilisation of resources, Indian Railways has identified 25 such Shatabdi trains in which the scheme could be implemented. "Indian Railway is actively working on a proposal in this regard," a senior government was quoted as saying by news agency PTI.

Here's what you need to know about the fare cuts likely for Shatabdi trains.
​(With inputs from PTI)
Comments
Shatabdi Fare CutIndian RailwaysRajdhani