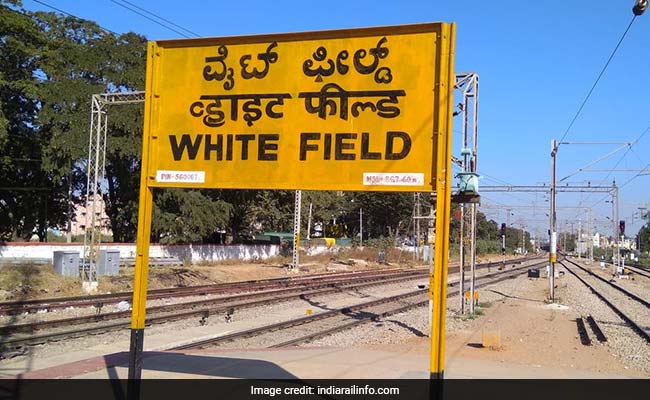 Bengaluru: In good news for residents of Bengaluru, the Indian Railways has approved a project that will increase the capacity of suburban rail commuters four-fold by having a provision of two additional rail lines from Bengaluru Cantt to Whitefield. The cost of this project will be nearly Rupees 500 crore, and will be completed within three years.

The 25-kilometre section will have six important stations on its route. These include Bengaluru Cantonment, Bengaluru East, Baiyyapannahalli, Krishnarajapuram, Hoodi and Whitefield - the IT hub of Bengaluru.

The Railways have finalised this project after seeing a significant rise in suburban traffic in Bengaluru. A statement released by the Ministry of Railways highlights that the project will benefit tens of thousands of commuters daily and make commuting within the city easier and faster, whilst also easing congestion.

Bengaluru, which has a lot of people using suburban trains, currently has 146 trains running from Bengaluru station and 94 trains from Yesvantpur station. Out of these, 122 trains are suburban trains, which suggest the dependence of residents on the railways.

A majority of the suburban trains are running on the Bengaluru-Whitefield section. In view of increasing commuter requirement, 26 new suburban train services had been introduced within the last 18 months.

The project also includes four suburban services between KSR Bengaluru-Baiyyappanahalli and Baiyappanahalli-Bengaluru, the statement by the railways added.