Sickle In Hand, Hema Malini Starts Campaign From A Farm In Mathura

Hema Malini, campaigning in her constituency Mathura, said that she has "done a lot for the people", while her political rivals allege that she is "outsider", not connected with the local people 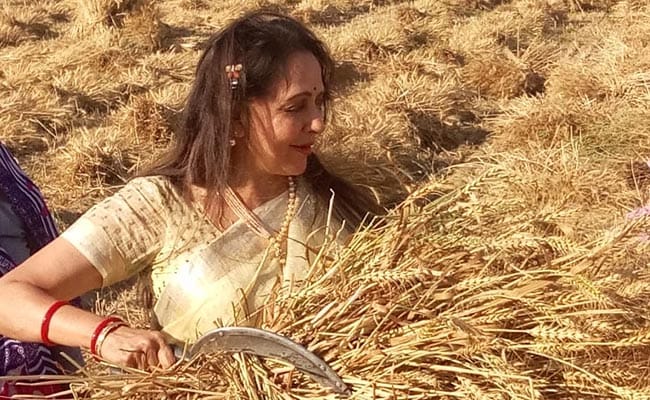 Actor-turned-politician Hema Malini started her election campaign amid golden harvests in a farm in Mathura on Sunday. Sickle in hand, draped in a saree matching the colour of her background, the BJP Lok Sabha lawmaker is seeking a second term from Mathura. In 2014, she had won from the same constituency by over 3,30,000 votes.

"People greeted me happily. They welcomed me because I have done a lot for the people of Mathura. I am proud of what I did...in the near future more development will be the only aim. Nobody has done anything for Mathura before me like the way I did," claimed Hema Malini, who has been called an "outsider" by her political rivals in Uttar Pradesh.

The BJP lawmaker took to Twitter, yesterday and posted few pictures with local farmers. "Began my Lok Sabha campaign... with the Govardhan Kshetra, where I had the opportunity to interact with women working in the fields..."

Began my Lok Sabha campaign today with the Govardhan Kshetra where I had the opportunity to interact with women working in the fields. A few fotos for u of my first day of campaign pic.twitter.com/EH7vYm8Peu

The 'mahagathbandhan' or grand alliance leaders in Uttar Pradesh, have said that Mathura will witness an "outsider vs Brijwasi" battle as Hema Malini lives in Mumbai.

"I am so involved with the city. I feel some divine connection here. I have been playing Radha and Meera throughout my life and I was in a temple only when my candidature was announced," she said. 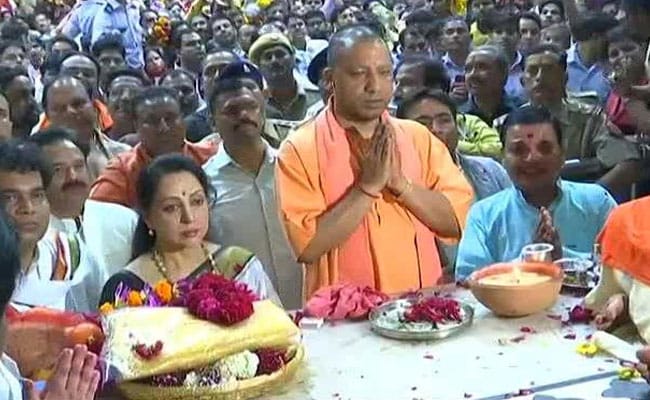 "I really feel hurt when someone asks 'apne kya kaam kiya' (what have you done). The first two years were difficult as I could not communicate (with the people). But in the last two years I was able to get things done with the support of the Centre and the state government," she said.

Contrary to Hema Malini's claims of people welcoming her on the first day of campaign, many seemed to be disappointed. "When Hema Malini came to Mathura she directly went to her guest house to take rest despite knowing that people had been waiting for her since long in the scorching heat. She has not done anything for the constituency..." a local was quoted by news agency ANI.

Hema Malini, who has announced that this election will be her last, is pitted against the Rashtriya Lok Dal's Kunwar Narendra Singh. Mathura votes in the second round of the seven-phase elections on April 18. Results will be announced on May 23.