The adverse remarks were not at all necessary for just and proper disposal of the writ petition challenging the orders of the Commercial Tax department, which imposed a hefty amount towards entry tax, the actor's senior counsel Vijay Narayan told the bench. 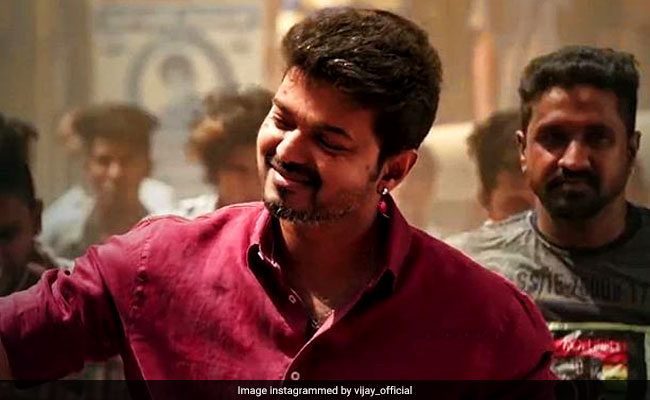 A division bench of the Madras High Court on Tuesday expunged the adverse remarks made by a single judge against top Tamil actor Vijay on the issue of entry tax over the import of a luxury car from England in 2012.

The bench was allowing a writ appeal from the actor, seeking to remove the adverse remarks made by Justice S M Subramaniam in his orders delivered on July 8, 2021 over the import of a Rolls Royce car.

"The order of the (learned) single Judge, wherein, certain disparaging remarks were made, appears to be wholly unwarranted, as there was uncertainty as to the state of law relating to Entry Tax and divergent views were expressed not only by the High Courts, but by the Supreme Court as well. Thus, to impute motives to a litigant or castigating him for taking a particular legal position or exercising his constitutional right under Article 226 is unwarranted," the bench of Justices Pushpa Sathyanarayana and Mohammed Shaffiq said.

The adverse remarks were not at all necessary for just and proper disposal of the writ petition challenging the orders of the Commercial Tax department, which imposed a hefty amount towards entry tax, the actor's senior counsel Vijay Narayan told the bench.

The undeserving remarks were made in breach of the principles of natural justice, he said and sought to expunge the comments made by the single judge, in particular those in paragraphs 3, 4, 7, 8, 11 and 12 of the impugned order. The castigating remarks against the appellant, without affording an opportunity of hearing, had affected his reputation, integrity and conduct. They were wholly unsustainable and bad in law. They hurt his sentiments and would affect his future, he argued.

After tracing the long history of litigations questioning levy of entry tax before various High Courts, the judges pointed out that only a nine-member bench of the Supreme Court had given a final verdict in 2017.

It had held that the issue shall be "determined by the regular Benches hearing the matters." Hence, it is difficult to suggest that the petitioner (Vijay) had acted with mala fide and deliberate intention and thus, the observations made by the learned single judge, apart from being unwarranted, are irrelevant to decide the issue.

It also overlooked the fact that the view/stand taken by the petitioner, insofar as the leviability of entry tax on imported vehicles, is the view taken by a division bench of Kerala High Court and also a judgment of the Madras High Court and the matter was finally resolved by a division bench of the Supreme Court, after the constitutional bench of nine judges pronounced on the scope of Part XIII of the Constitution.

The above sequence of litigation will clearly demonstrate that the appellant cannot be imputed with motive whatsoever and therefore, the disparaging remarks are clearly unwarranted, the bench said.