Hathras case: The UP police and administration faced tough questions from the Allahabad High Court about the way they handled the case and the middle of the night cremation of the woman. 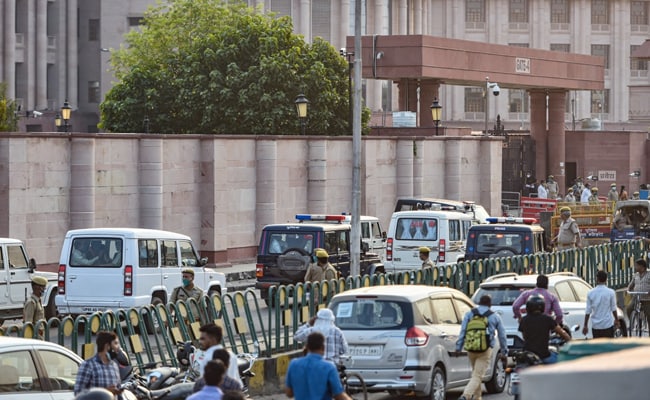 The family of a young woman who died last month after her torture and alleged gang rape at a village in Uttar Pradesh's Hathras has asked for the case to be moved out of the state. According to the family's lawyer, this was among the three demands placed before the Allahabad High Court, which heard the case on Monday.

"The family wants the case to be transferred to Delhi or Mumbai," lawyer Seema Kushwaha told reporters, according to Press Trust of India.

She also said the family had urged the court to stop reports of the investigation being made public.

The case will be heard again on November 2. The family told reporters later that they would not immerse the woman's ashes until they got justice.

At the hearing, the Uttar Pradesh police and administration faced tough questions about the way they handled the case and the middle of the night cremation of the 20-year-old, who died of horrific injuries from the assault by four upper caste men from her village on September 14. The investigation has been taken over by the CBI, which visited the village on Sunday and returned after collecting some documents.

The family, among the few Dalits in their village, has been given protection at the village after it complained of intimidation by the upper caste Thakurs. In court yesterday, they asked for more security, alleging they felt unsafe.

The district administration justified the woman's cremation in the absence of her family; her parents and brothers had been locked up in their home when she was cremated at 2.30 am. The police refused to hand over the body even though her parents begged to take her home one last time and perform her funeral the next morning.

Hathras District Magistrate Praveen Kumar Laxar said there was "no pressure from the state government" to carry out the cremation in that manner, implying that the local authorities took the controversial decision. He said the police had reasons to take the step for the sake of law and order, an argument that was challenged by the family.

The court questioned whether the case would have been treated differently had the woman, instead of belonging to a poor family, came from a rich one.

"The court asked the District Magistrate - 'What if it was a girl from a rich family? Would you have cremated her the same way?" Seema Kushwaha told NDTV.

The high court had summoned top UP administration and police officials as well as the victim's family, taking up the case on October 1 amid nationwide outrage over the woman's assault, her death and the way she was cremated.

The woman's parents and three brothers travelled to Lucknow under heavy security for the court hearing.